These works are double exposure photos consisting of overlapping photographs taken across different times and places. They include photographs of coastal Brazil where I lived, Brighton where I lived for a year and London where I live now (and some photos from places I have visited). My intention is to create personal images rooted in the world and people I encounter while at the same time exploring a space between reality and imagination. The results I hope are images that have the quality of dreams and memories - including what is familiar and escaping it - inviting the viewer to assign their own interpretation while journeying into their own imagination. 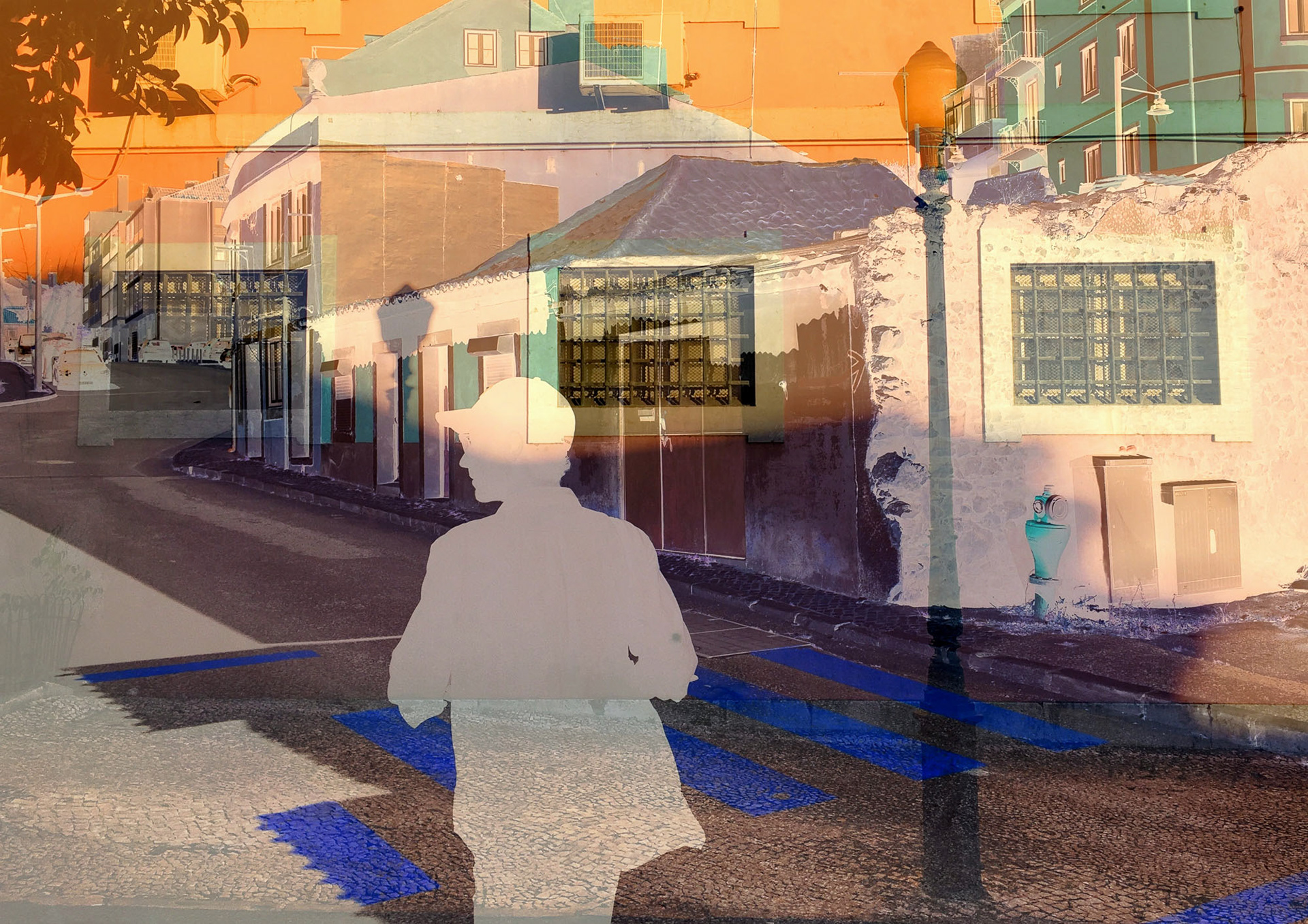 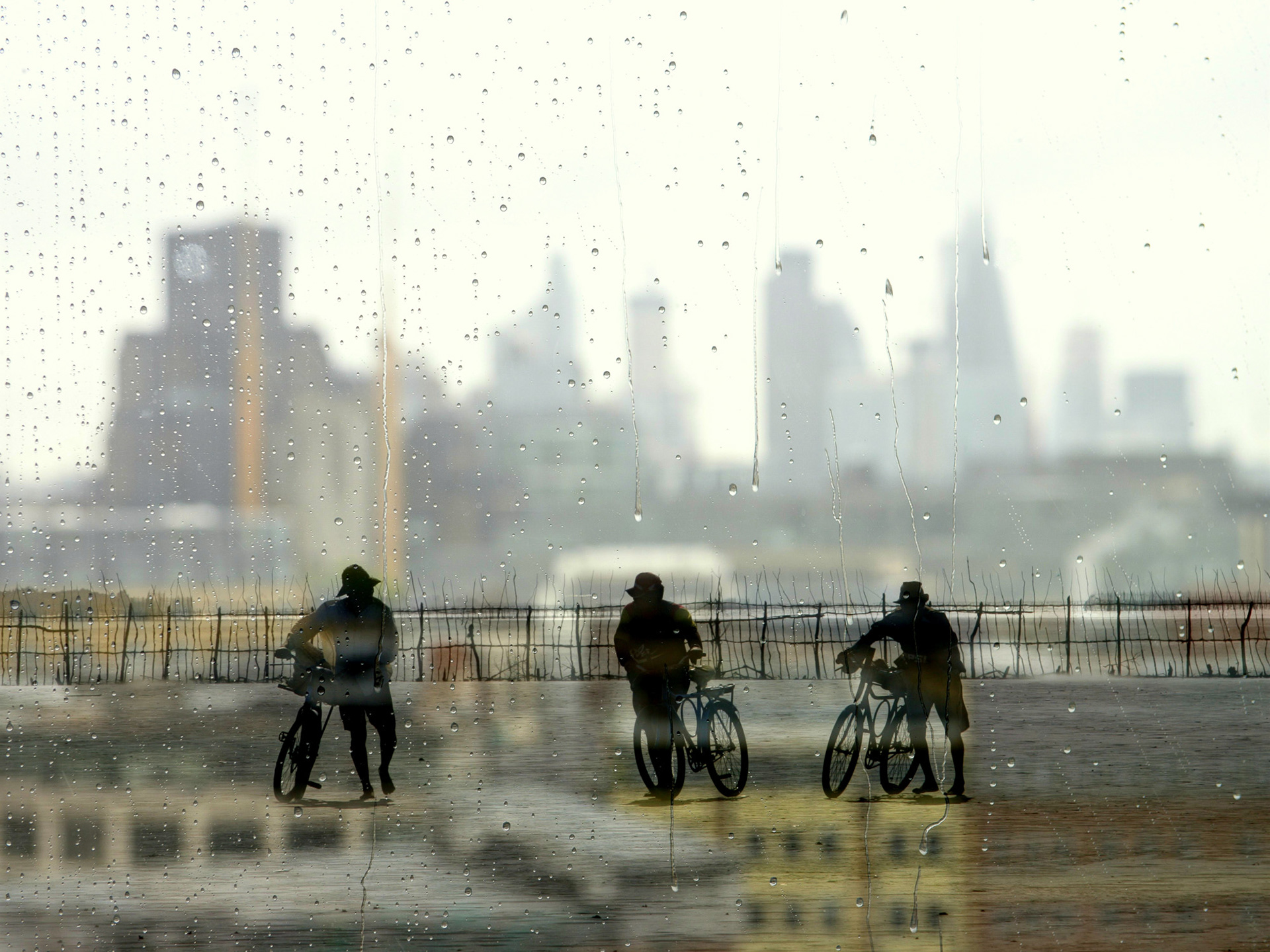 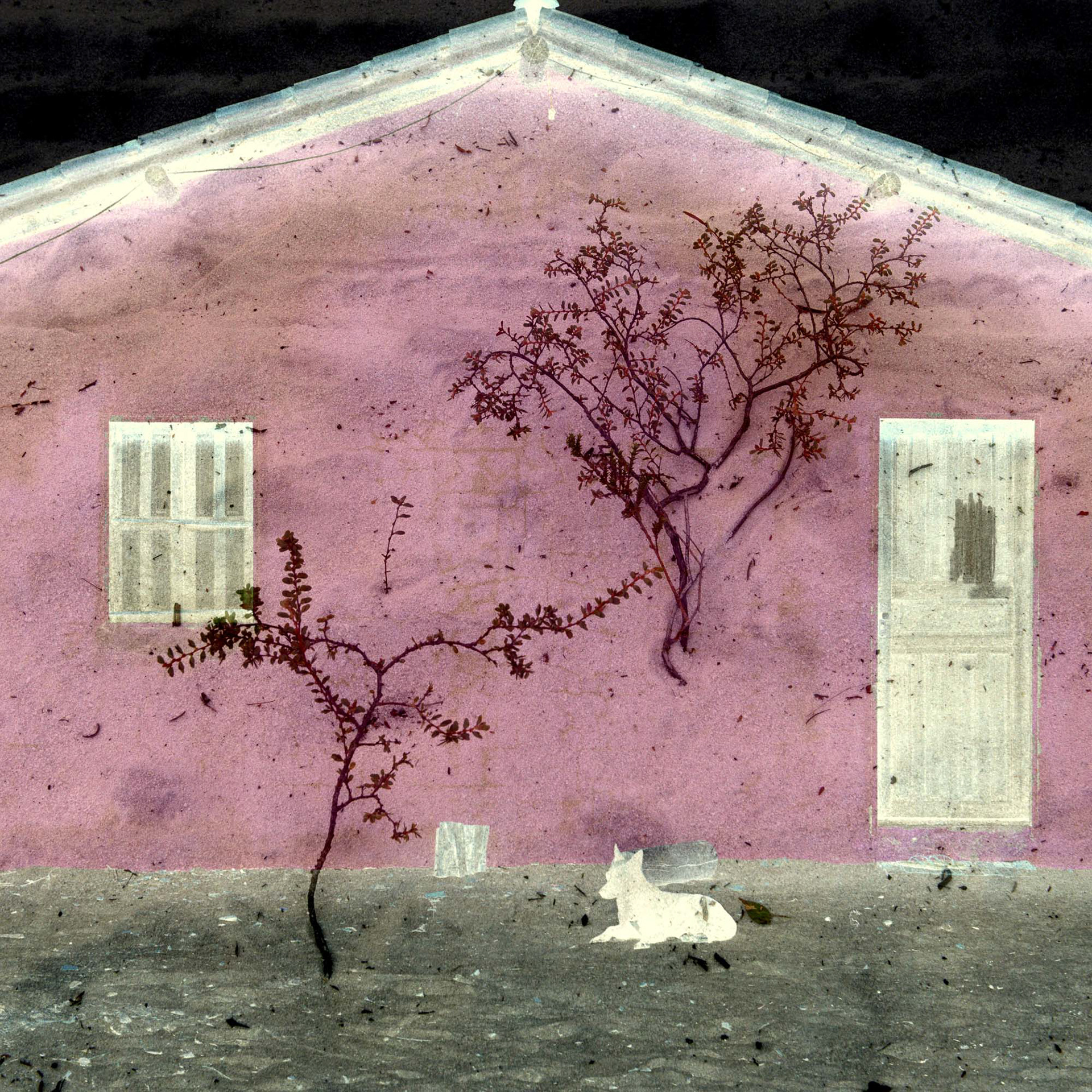 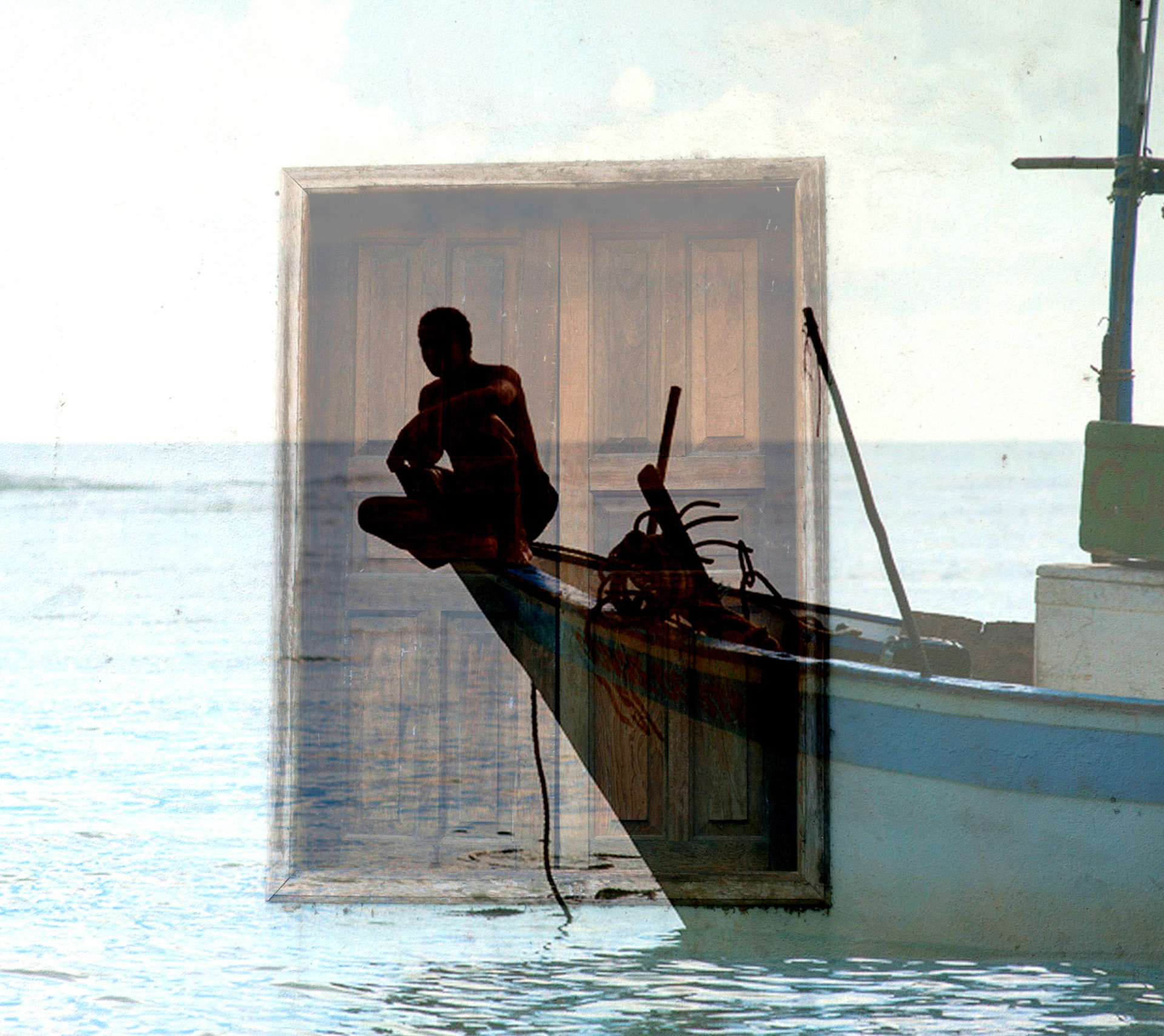 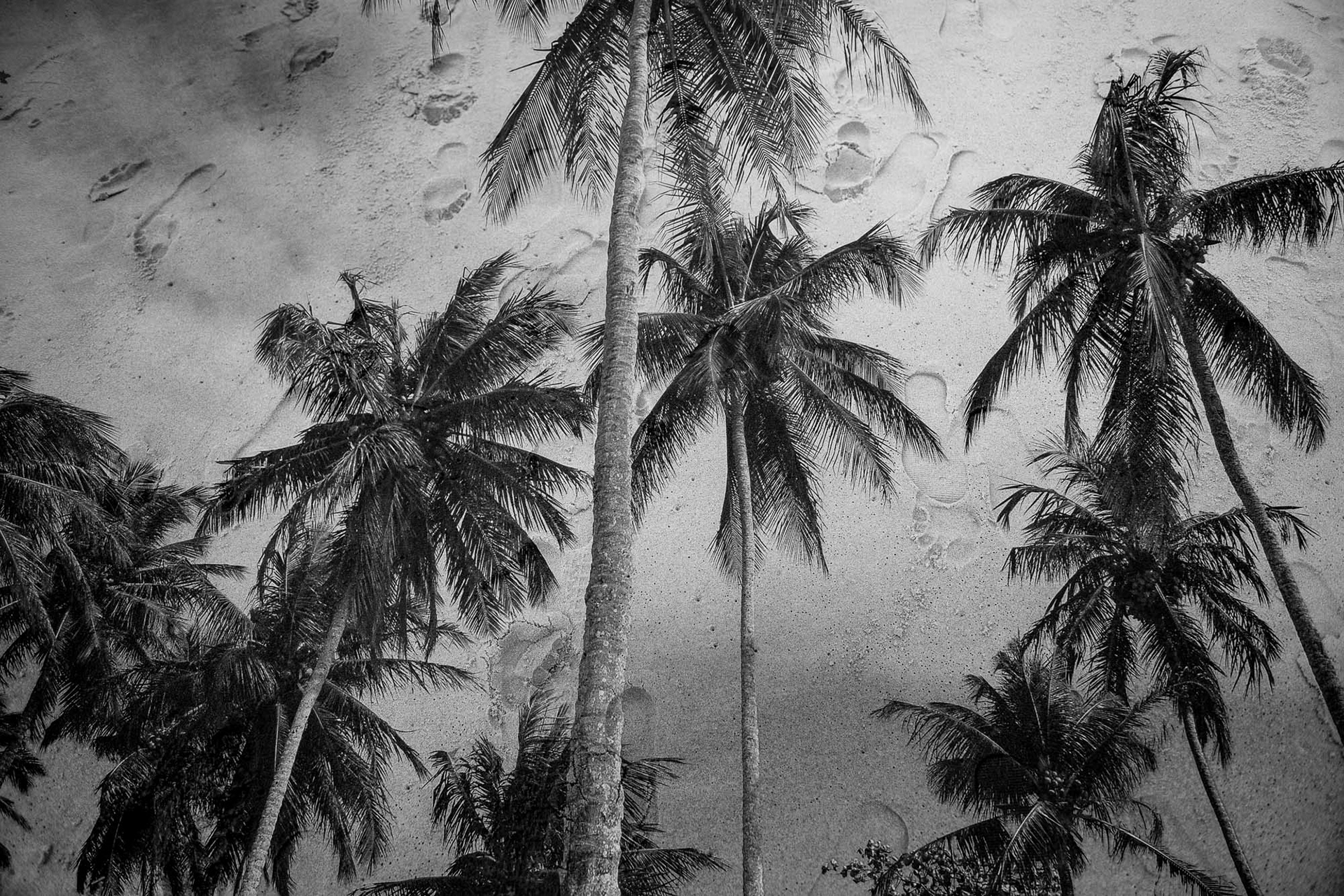 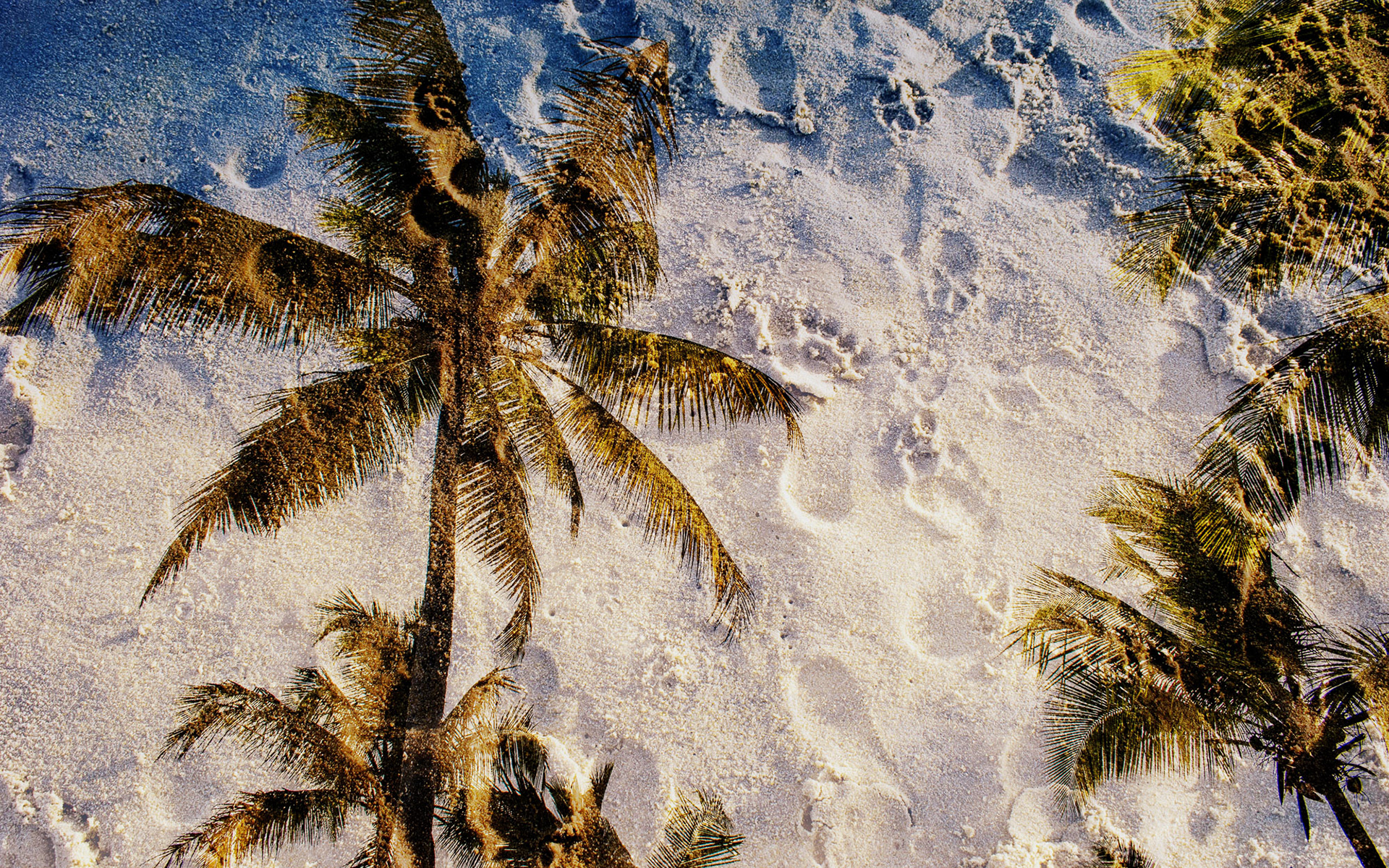 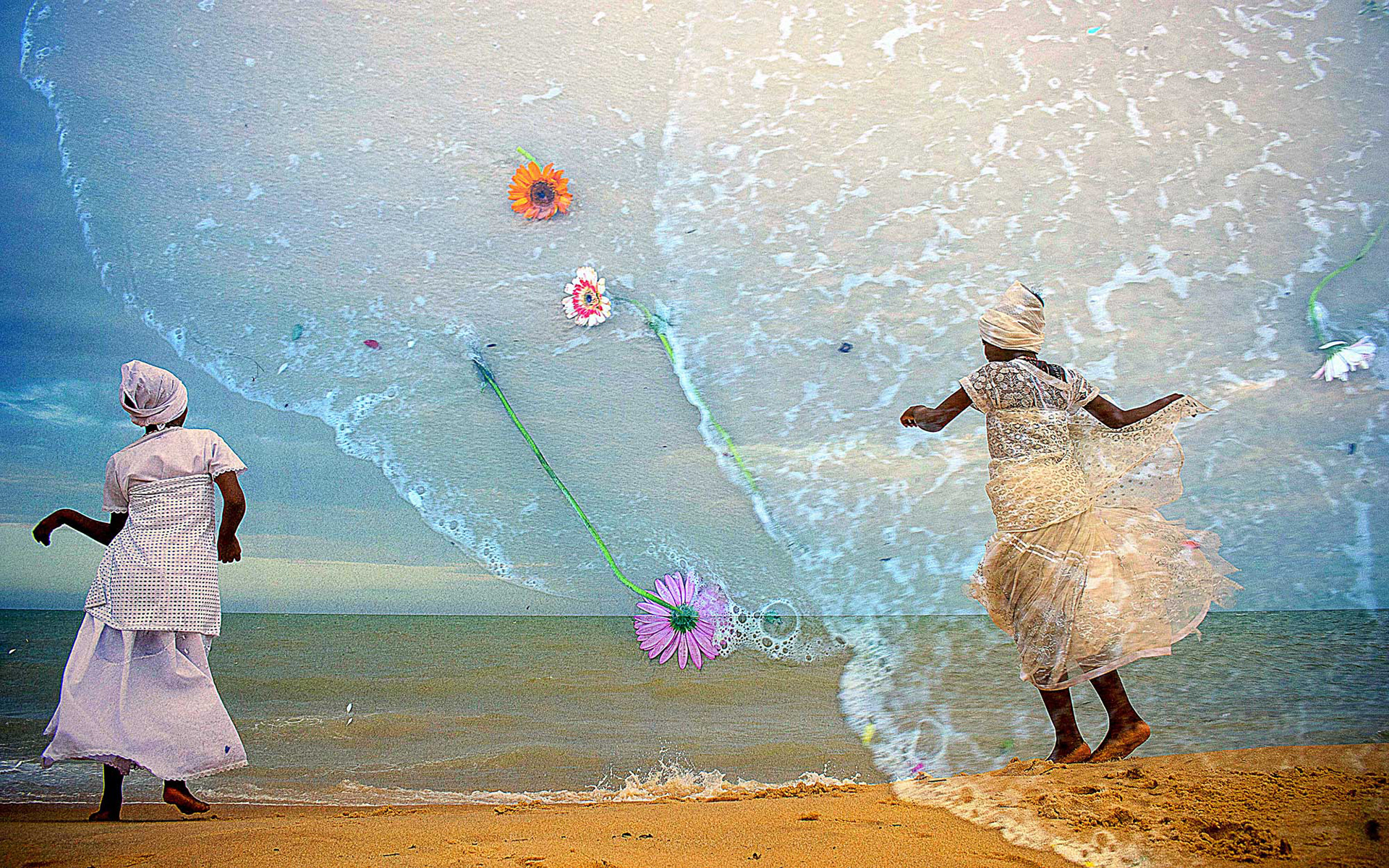 'Queen of the Sea II'. Taken during Yemanjá’s celebration in Trancoso, Bahia, Brazil. Two friends overlaid with images of their offering of flowers in the sea. 2018. 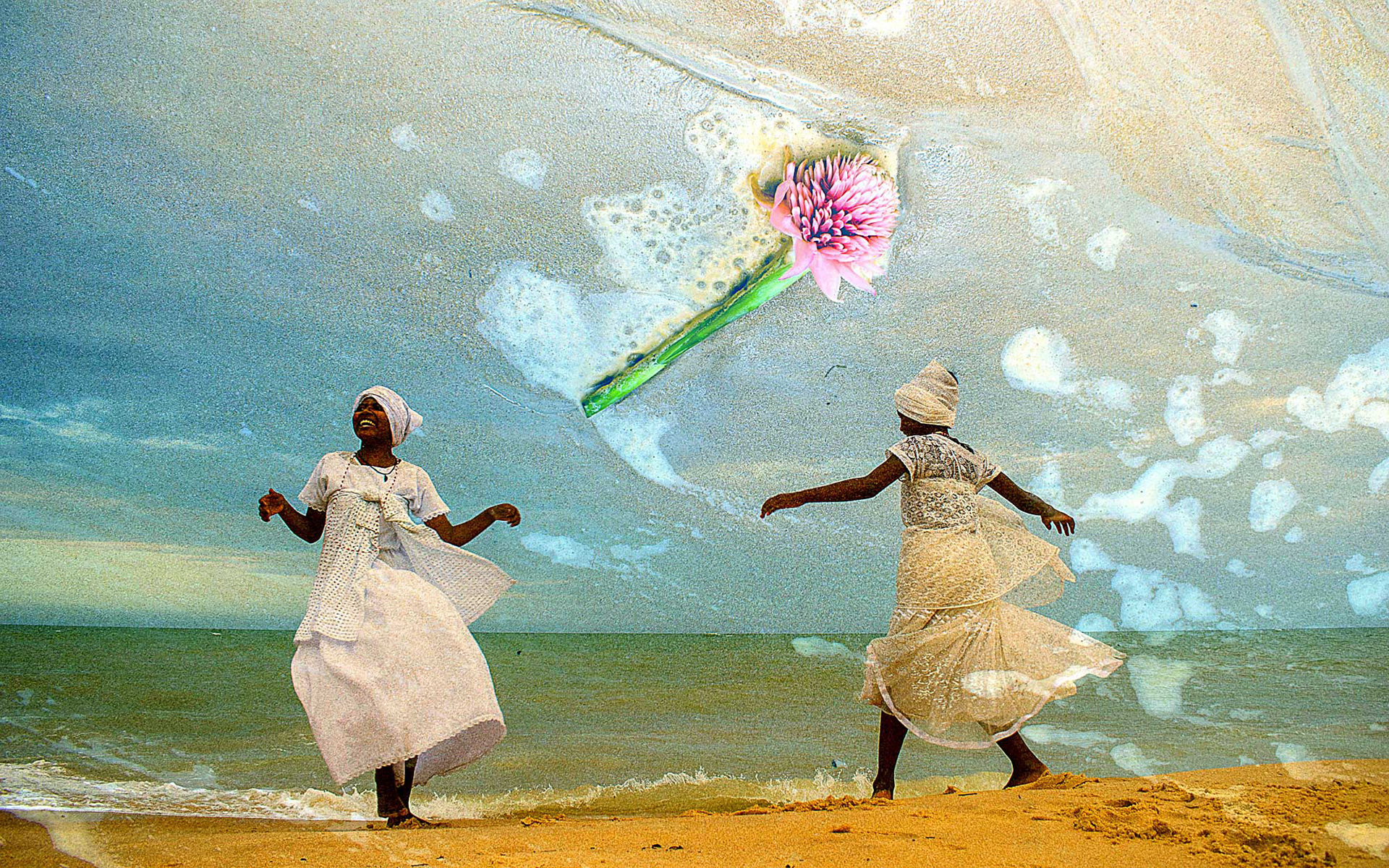 'Queen of the Sea I'. Taken during Yemanjá’s celebration in Trancoso, Bahia, Brazil. Two friends overlaid with images of their offering of flowers in the sea. 2018. 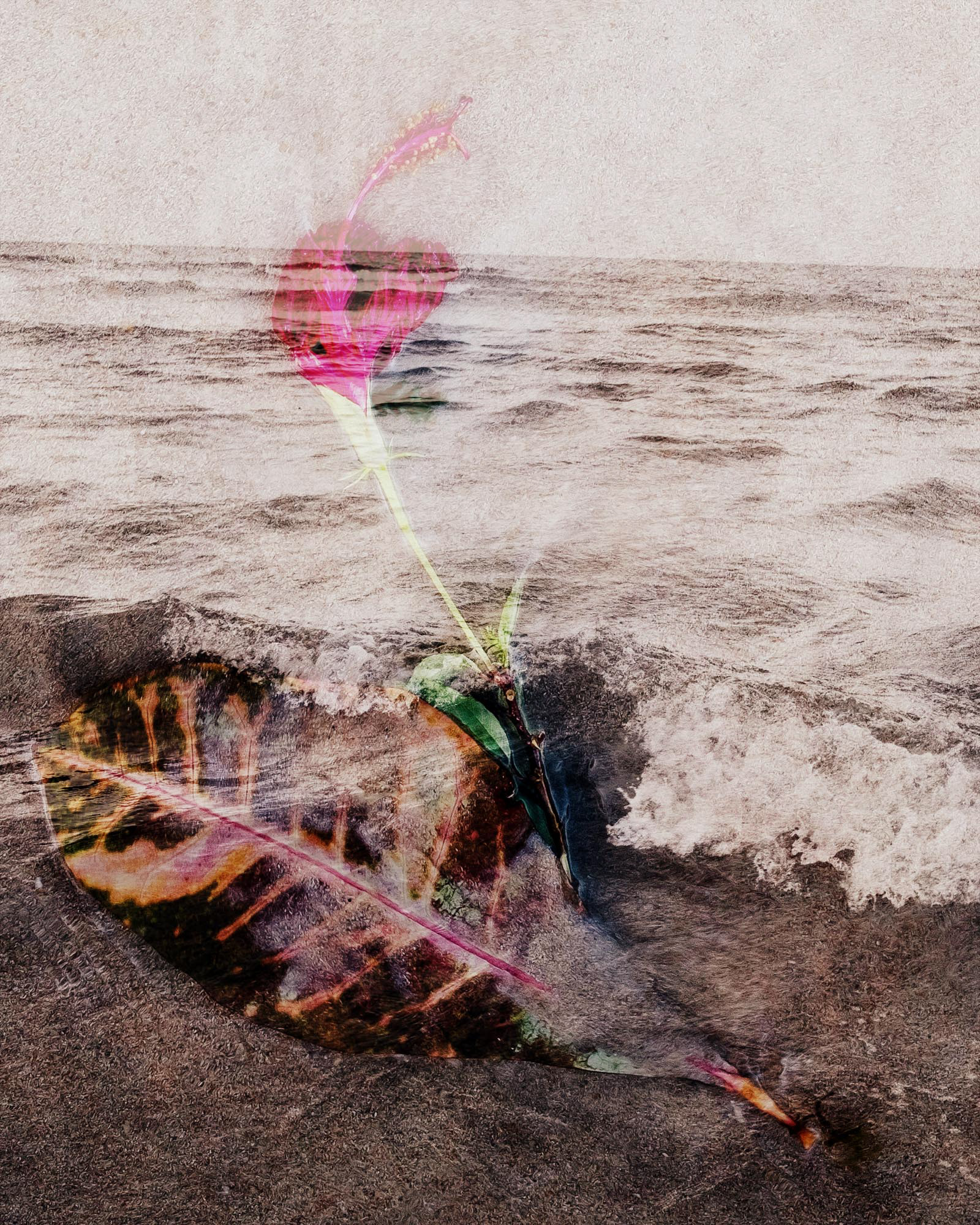 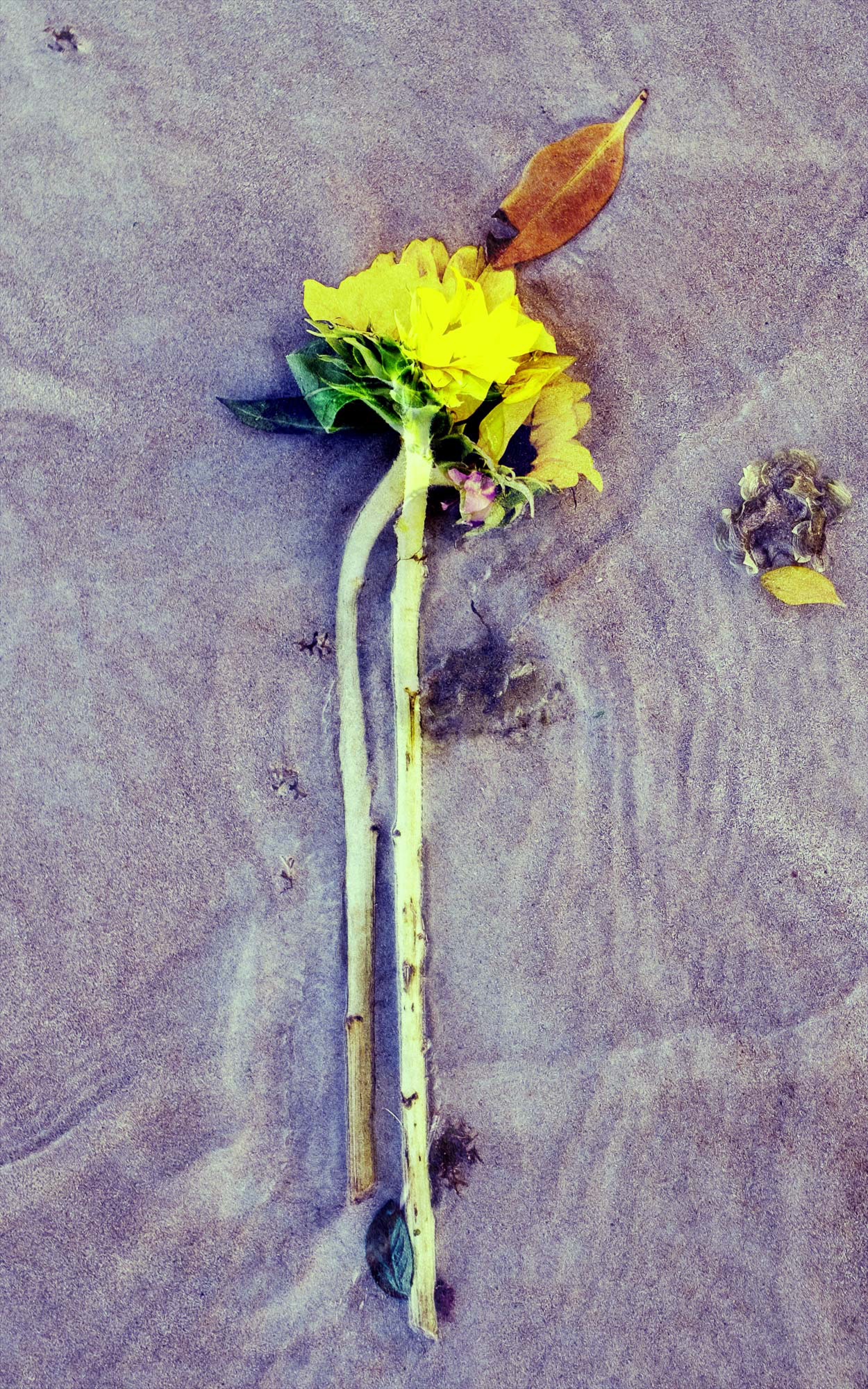 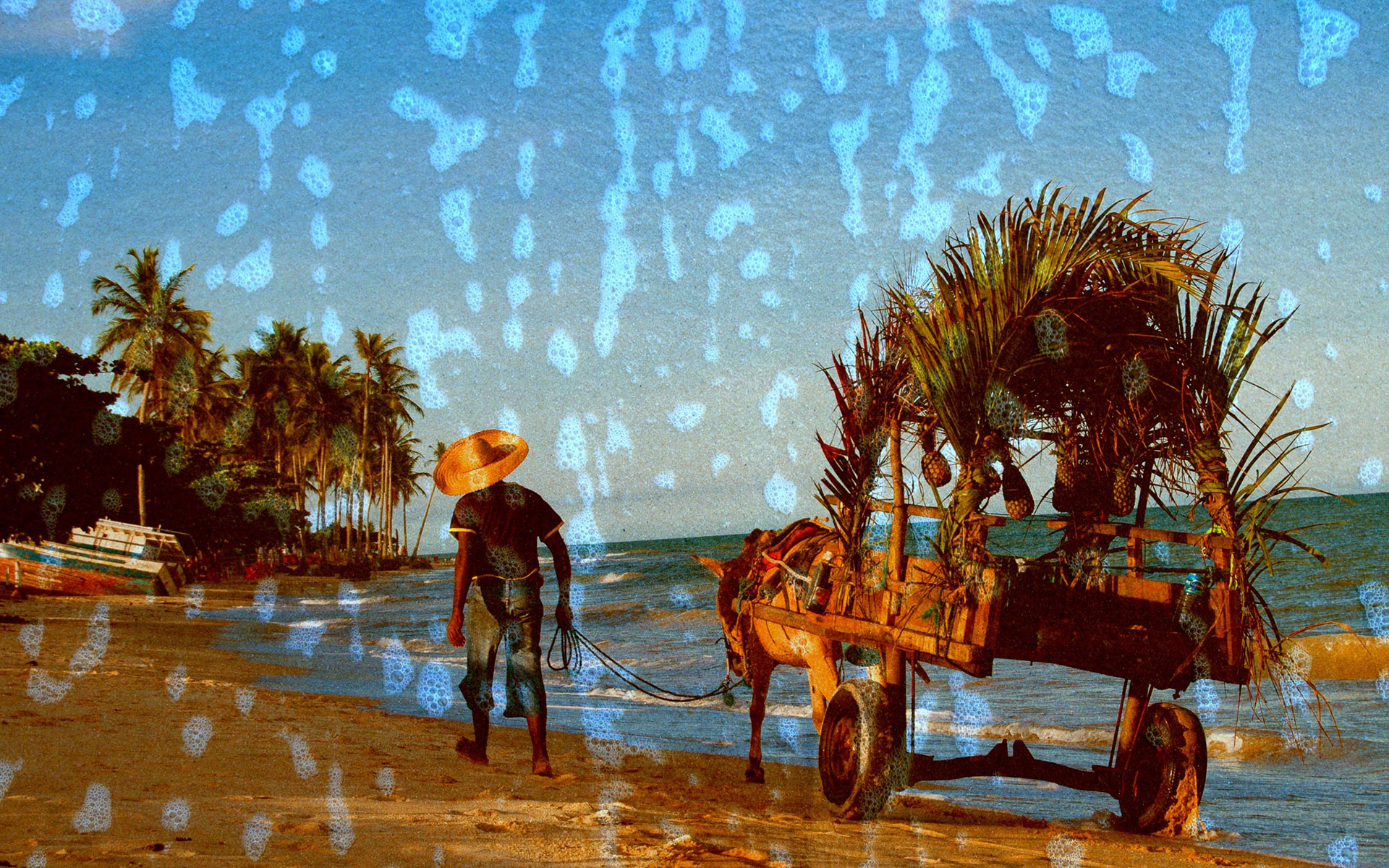 'Manoel'. A local and popular seller of pineapple on the beach. Overlaid with sea foam. Trancoso, Brazil 2018. 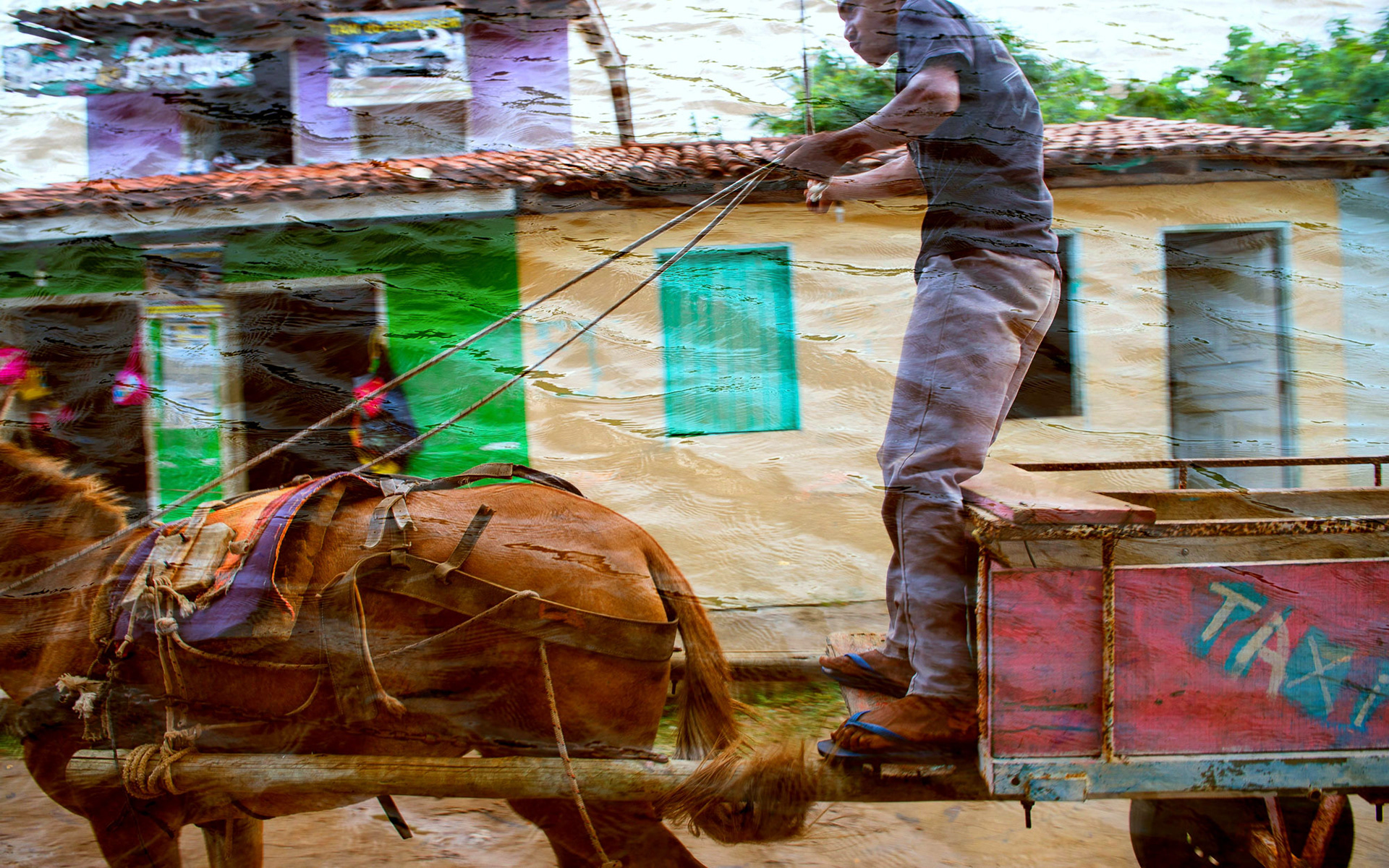 'Taxi'. Taxi, driver, horse and houses overlaid with image of the river which the village sits on. Caraíva Brazil 2017. 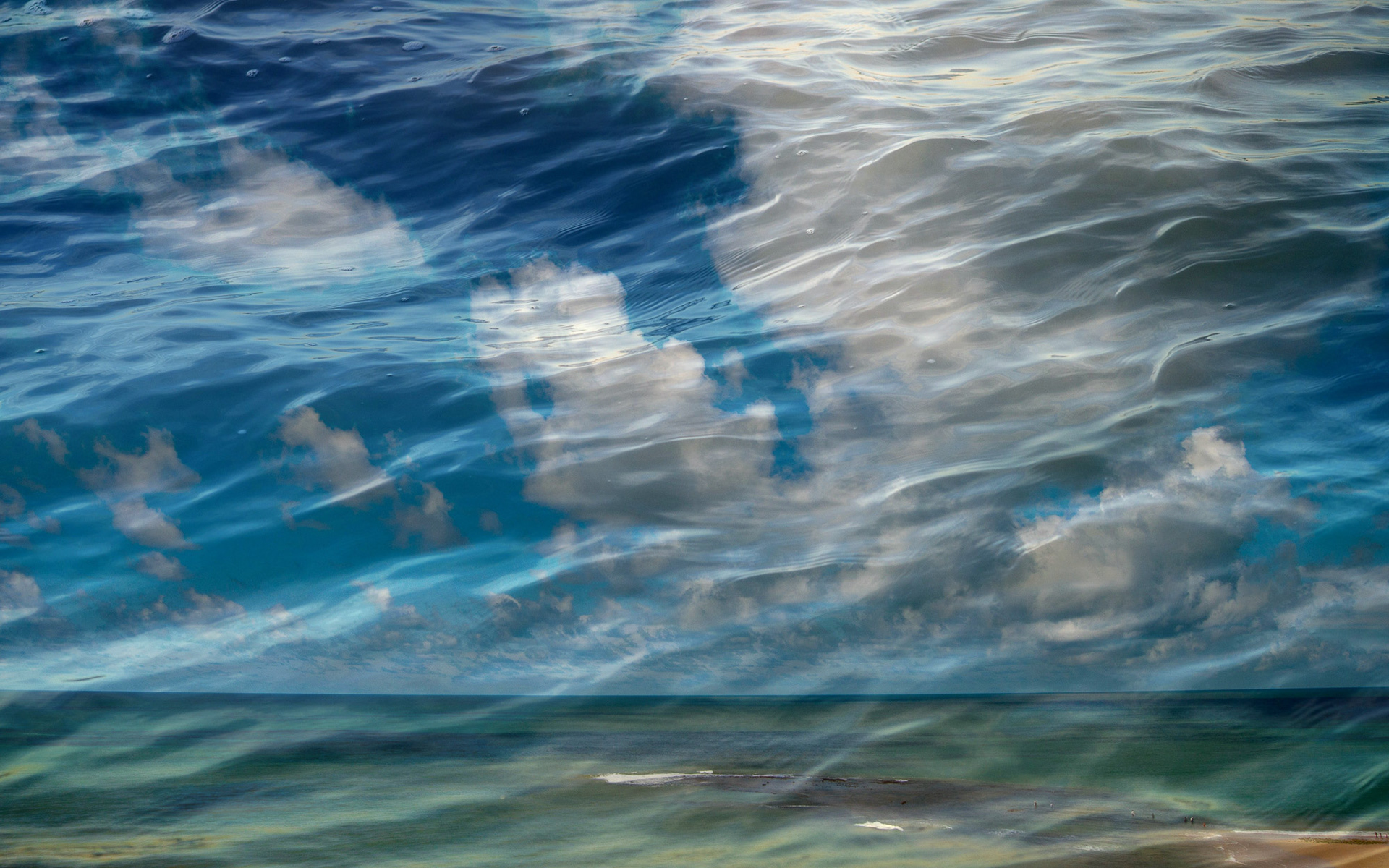 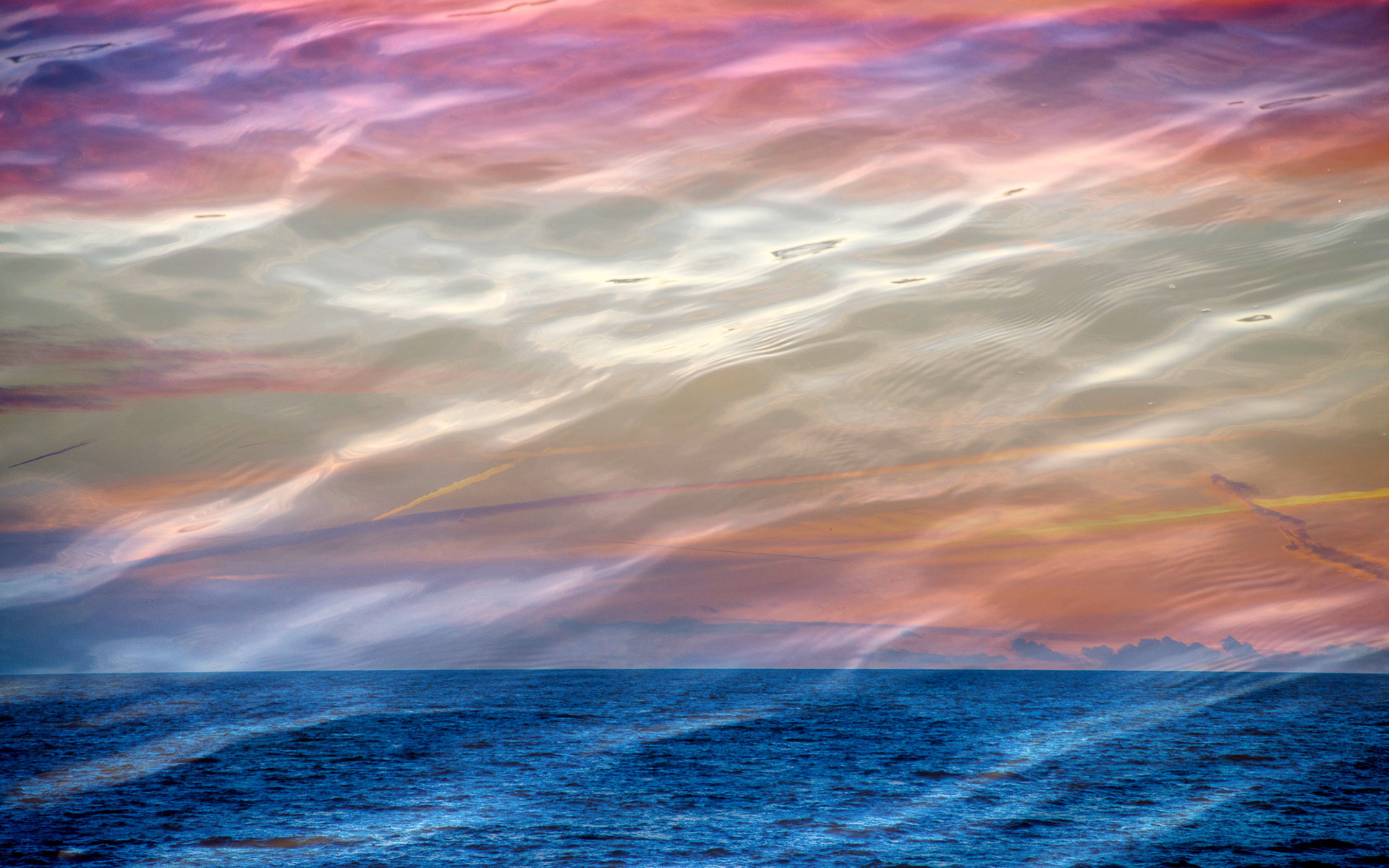 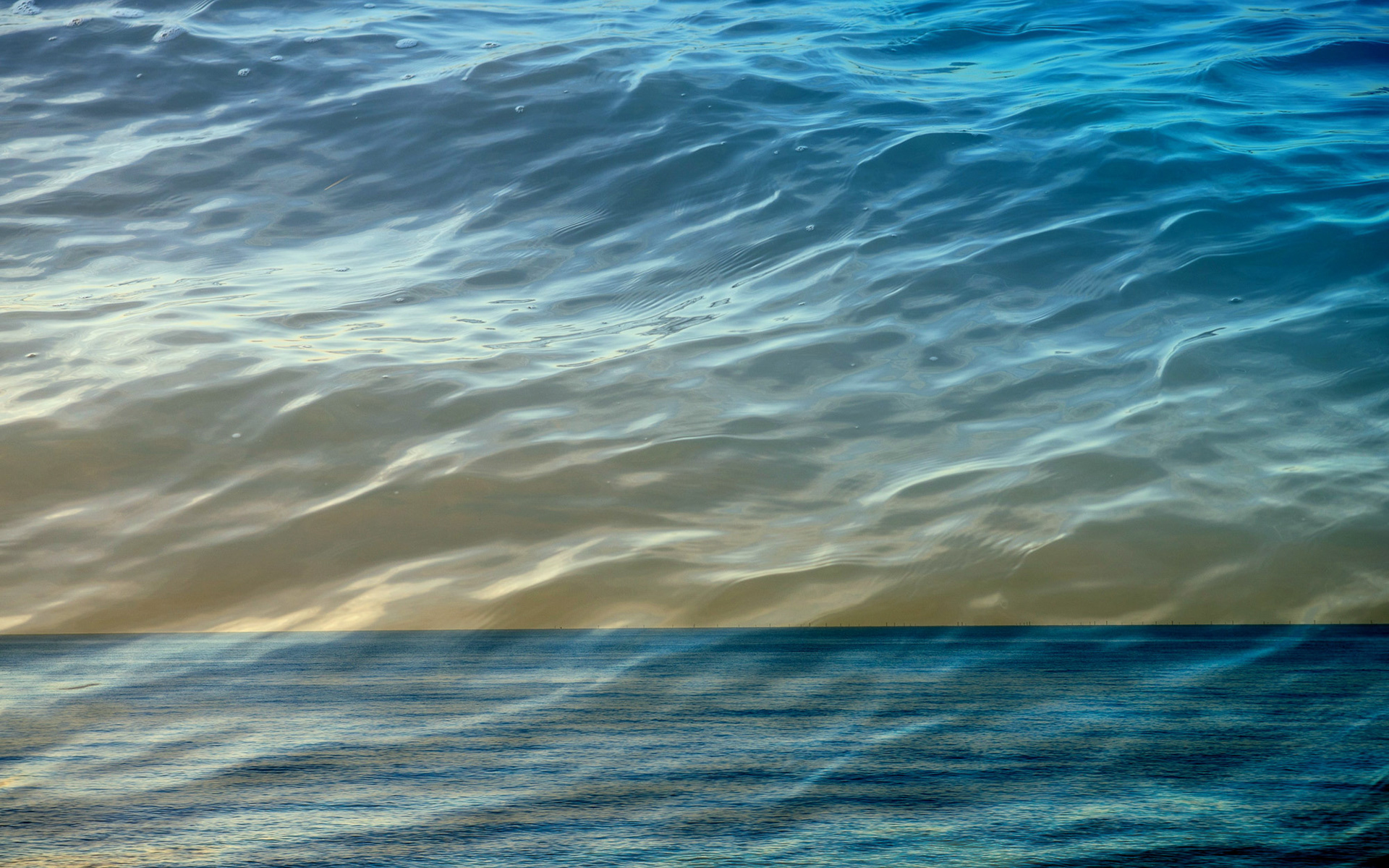 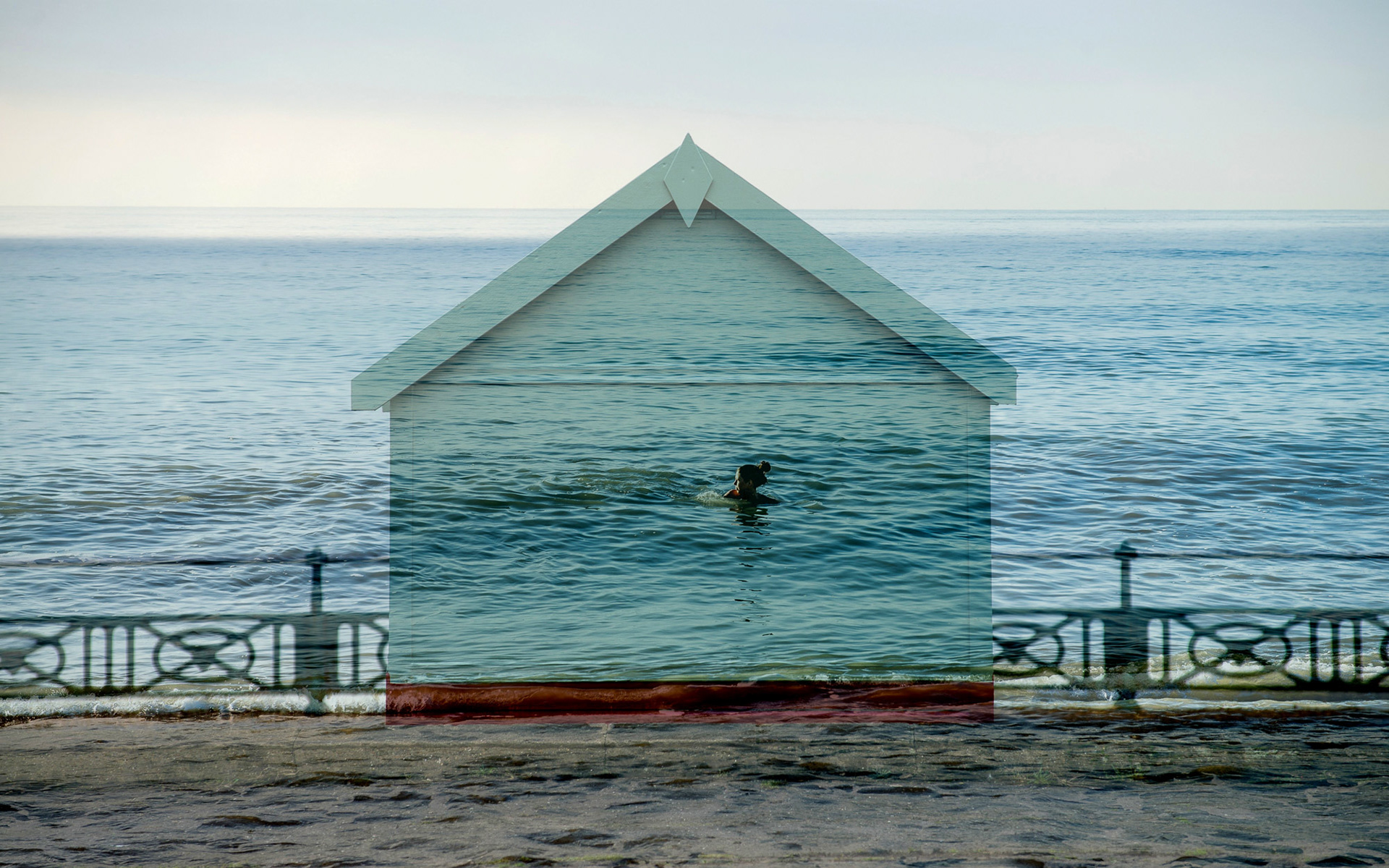 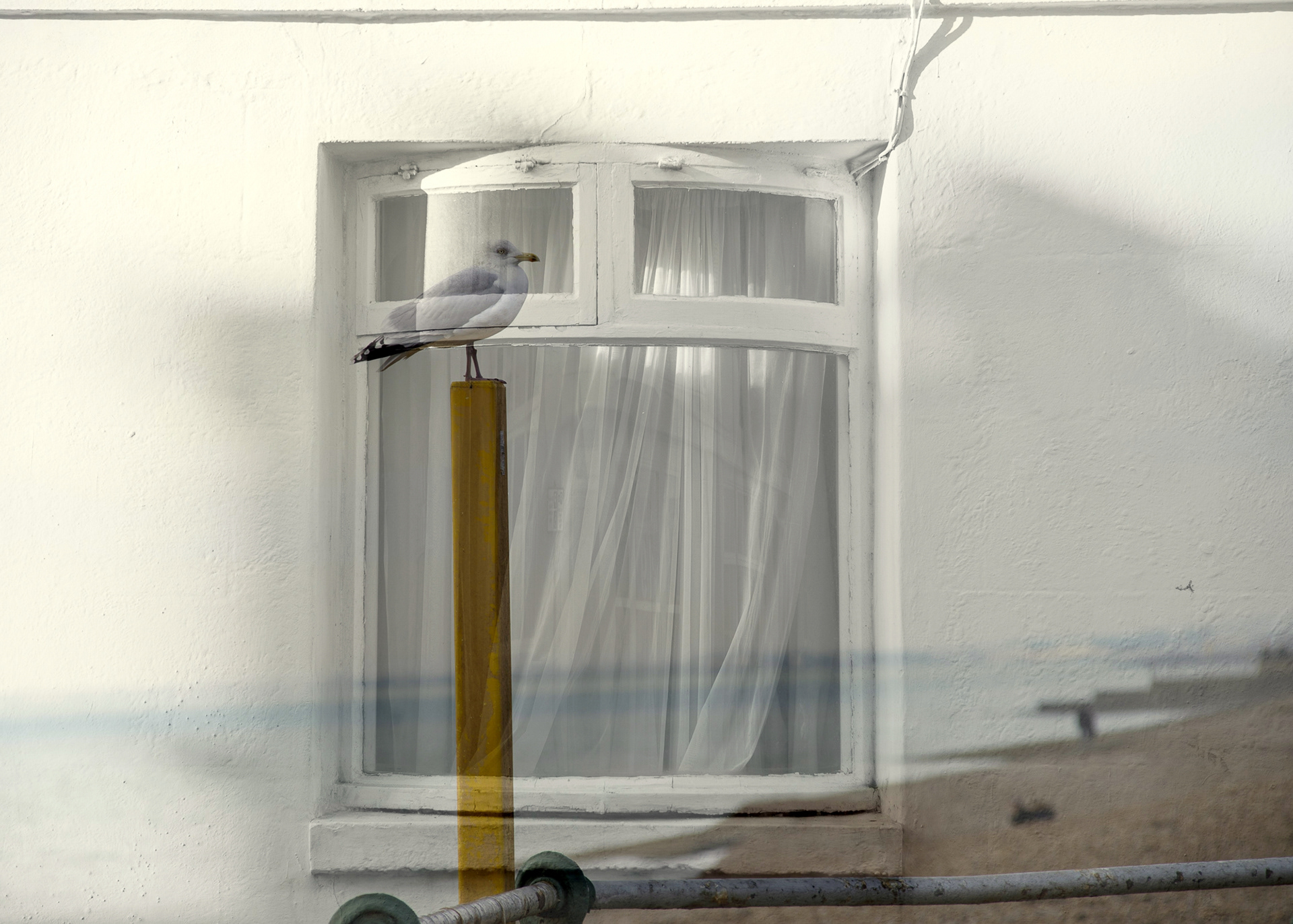 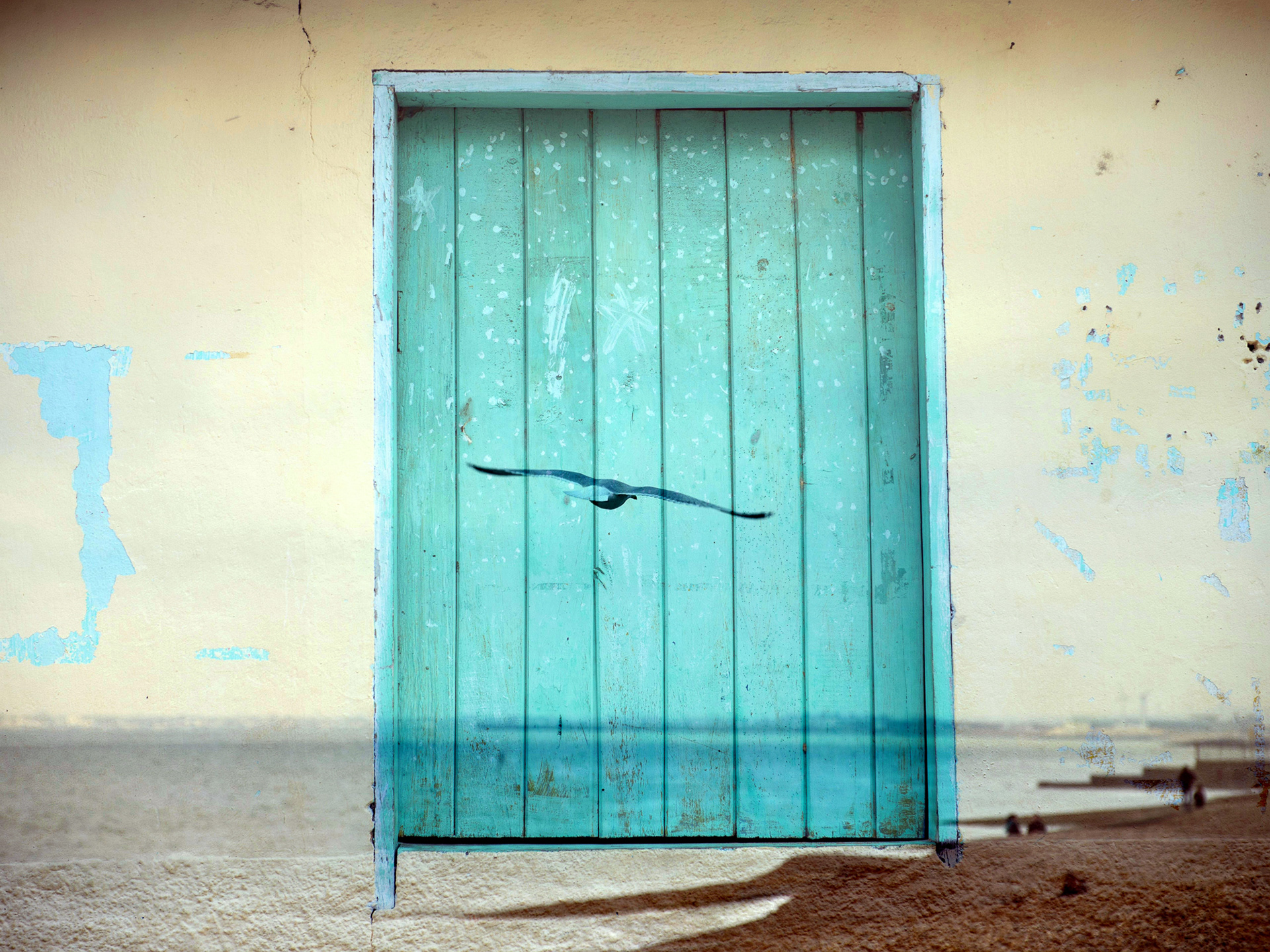 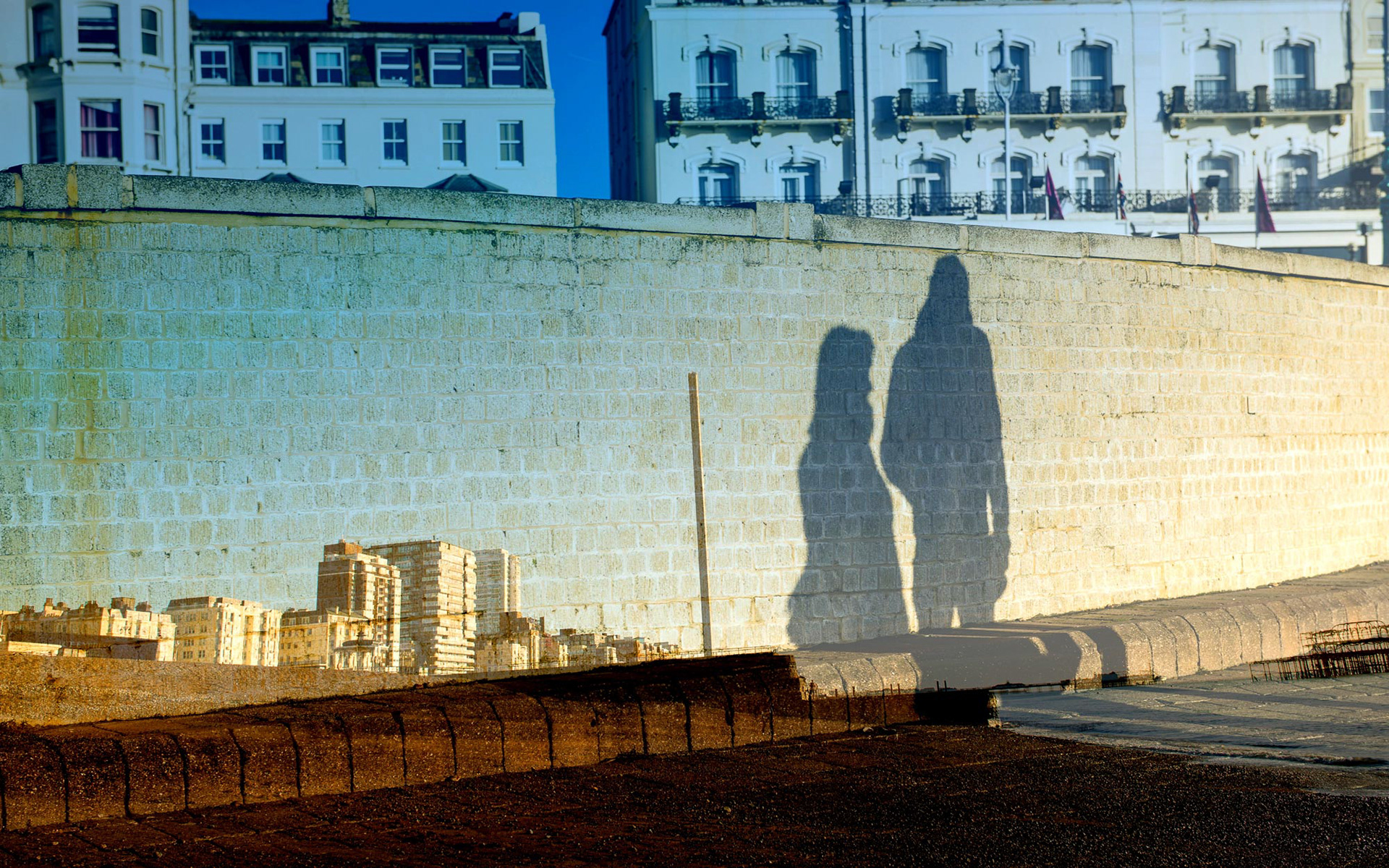 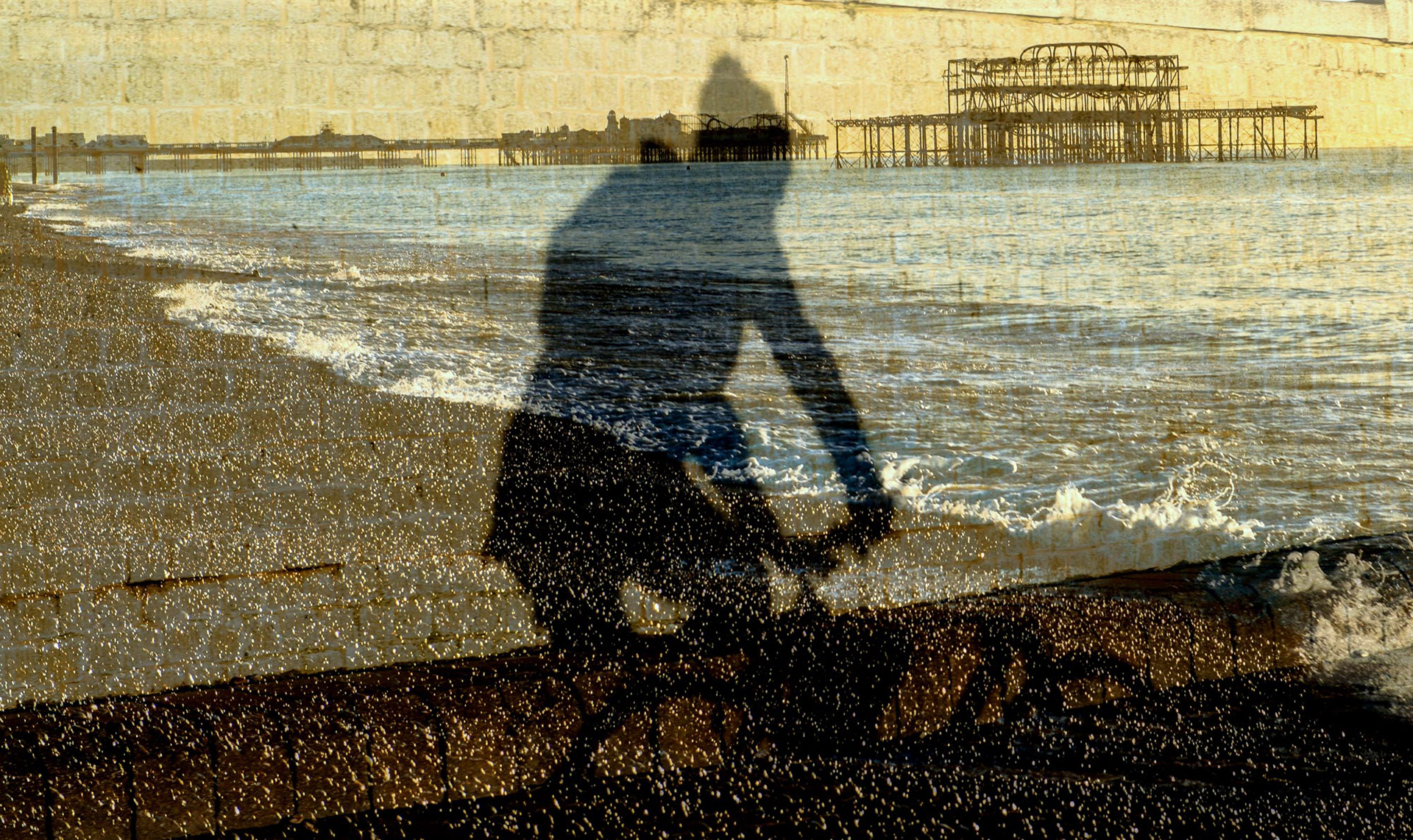 'Cyclist'. Cyclist’s shadow on a wall in Brighton merged with the West Pier. England 2017. 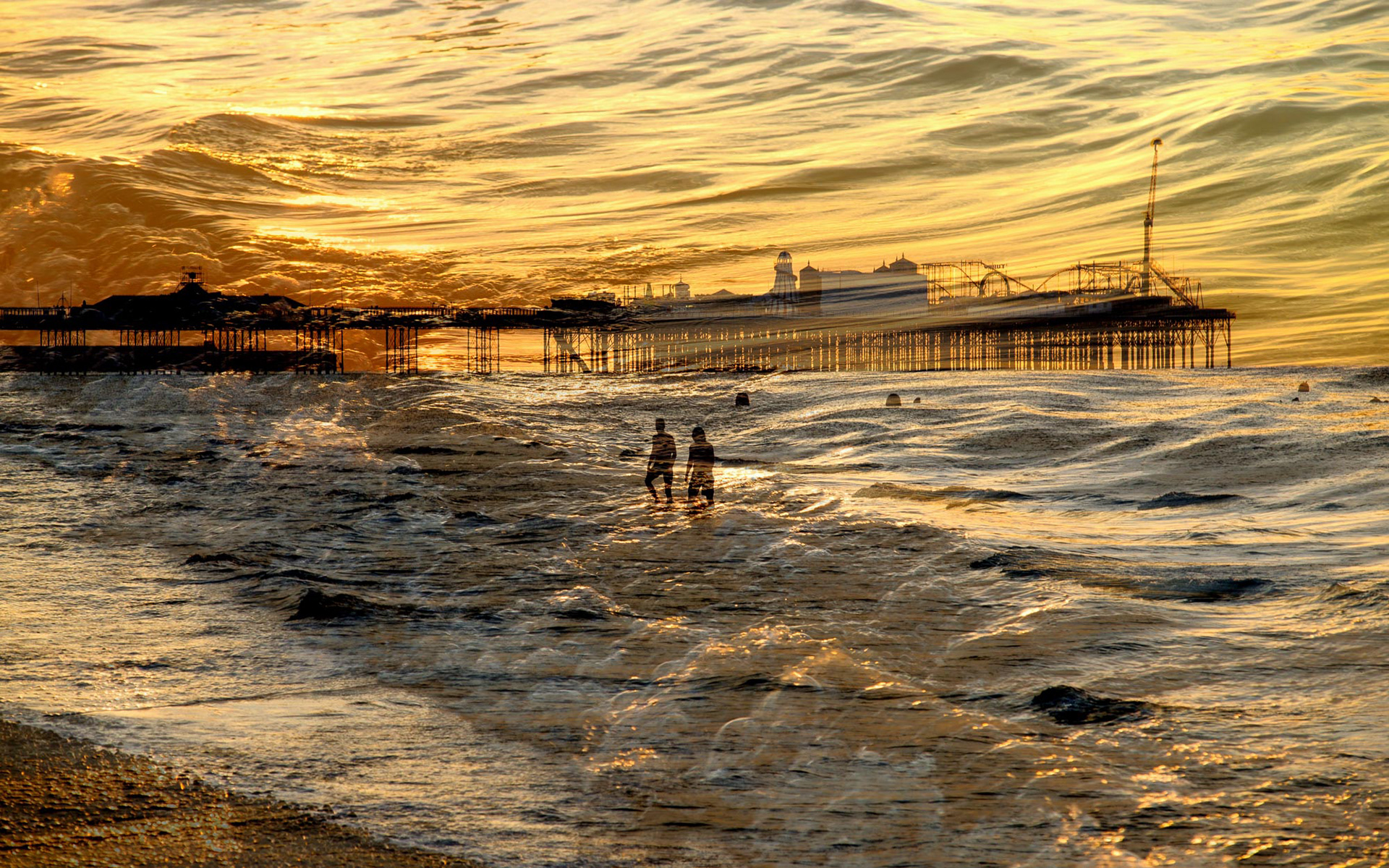 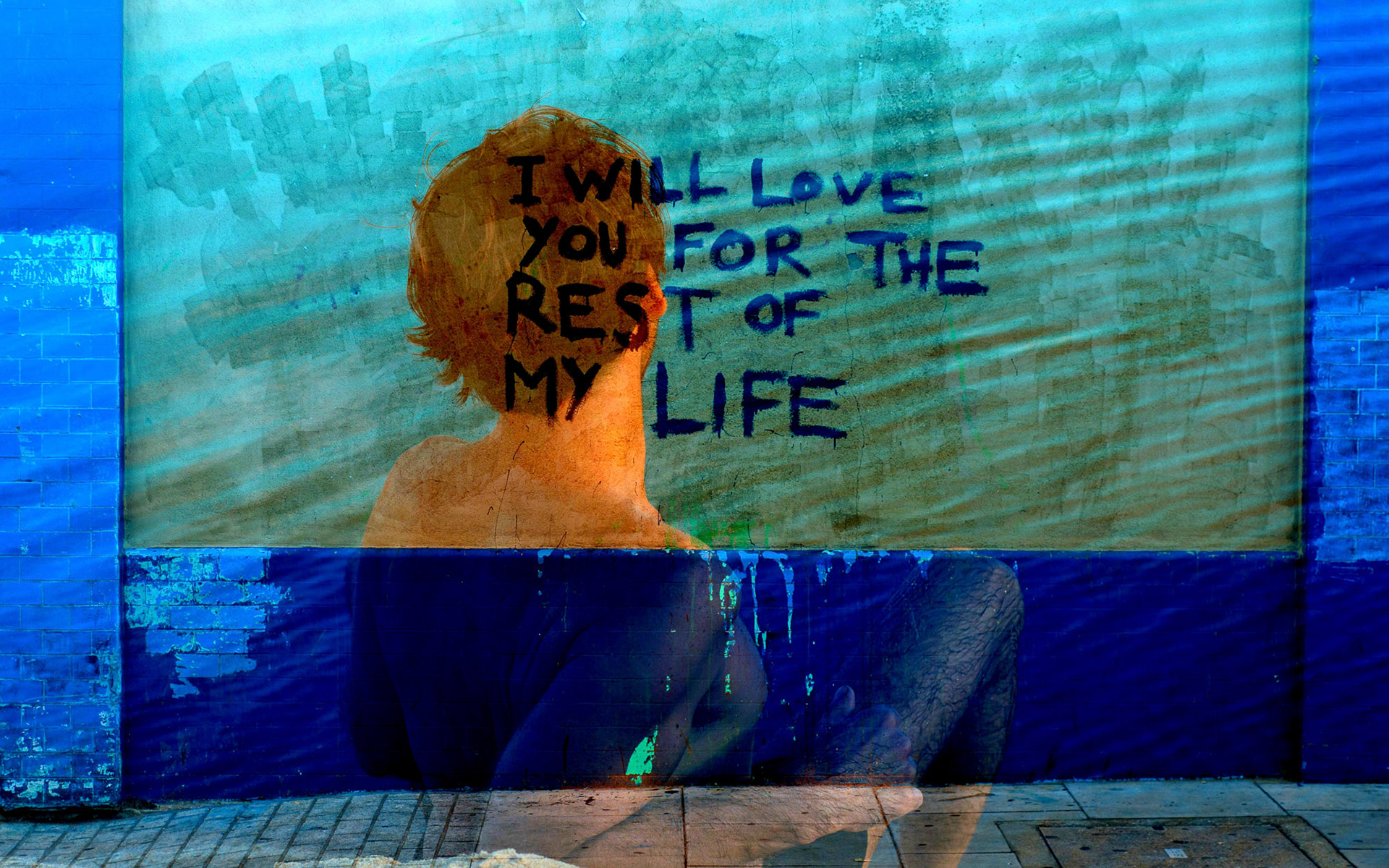 'I will love you for the rest of my life'. Man contemplating, overlaid with wall graffiti. 2016. 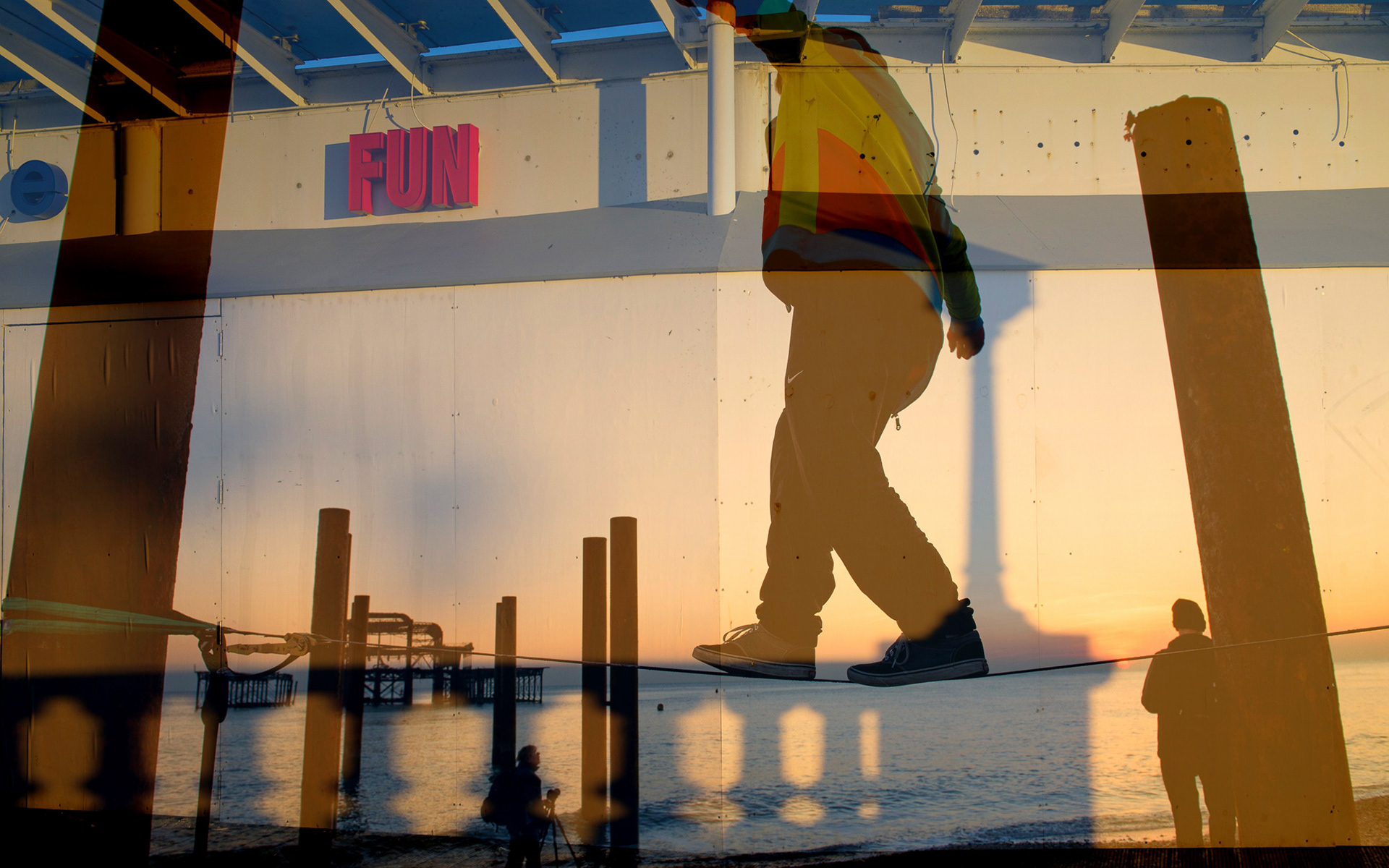 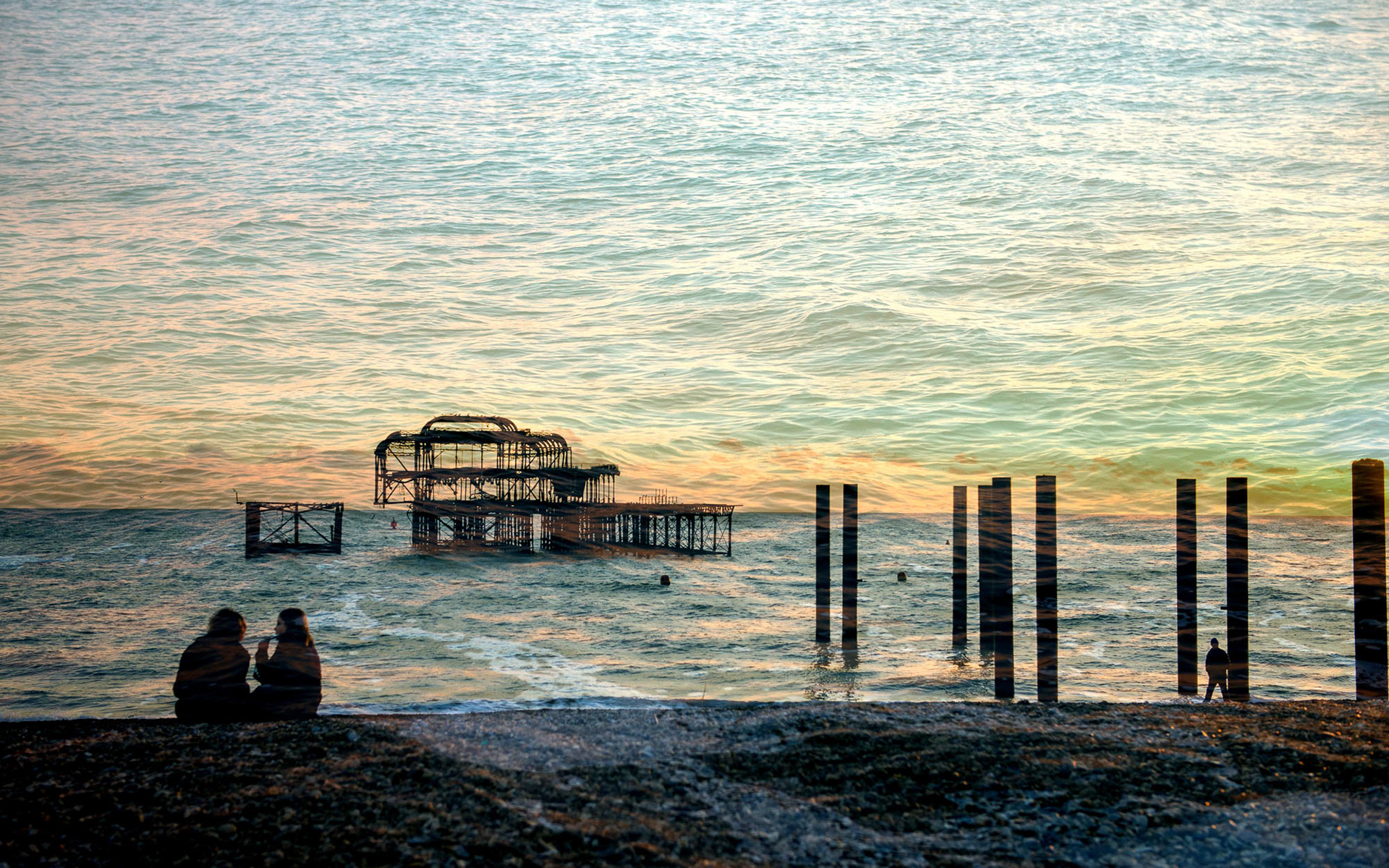 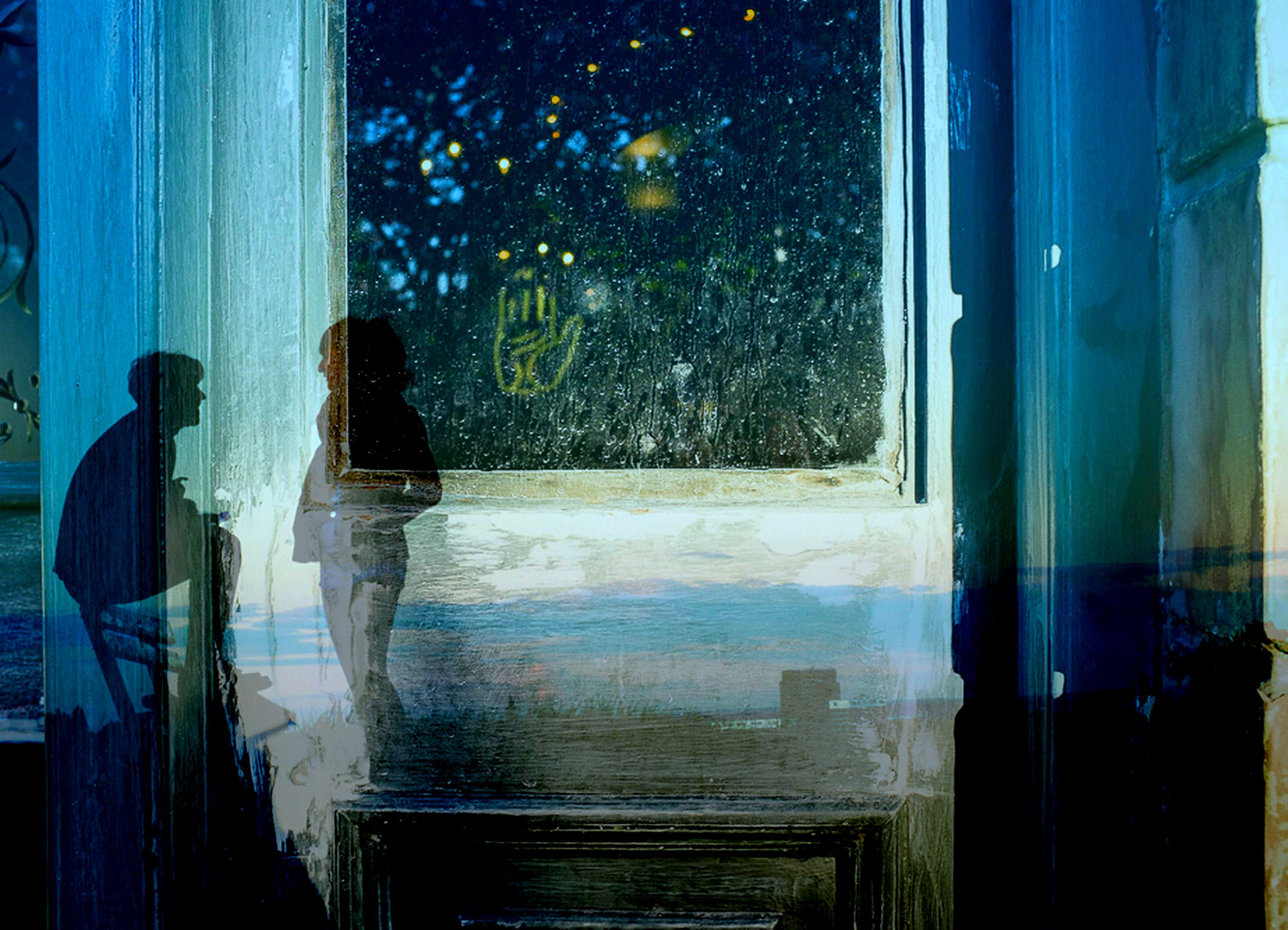 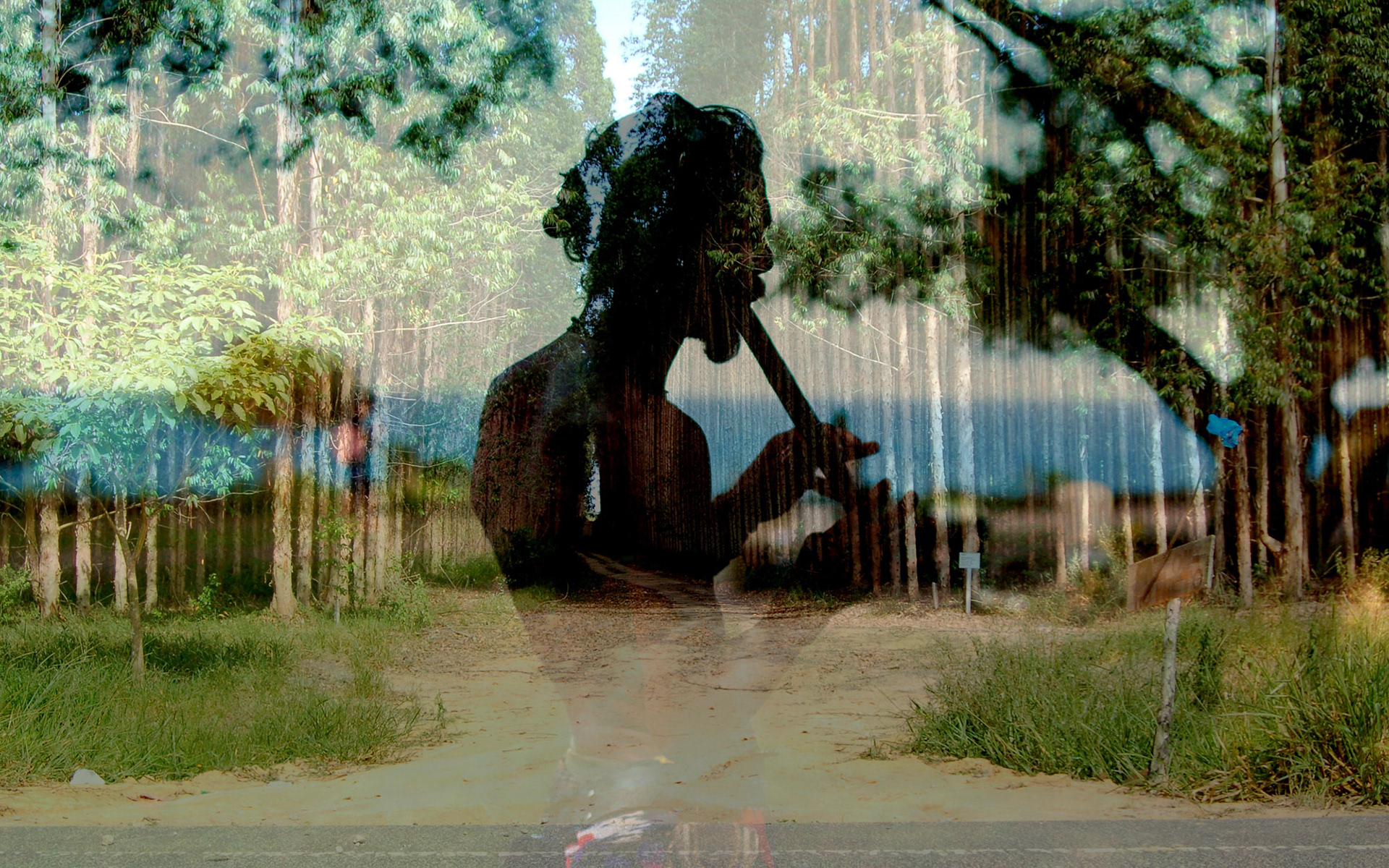 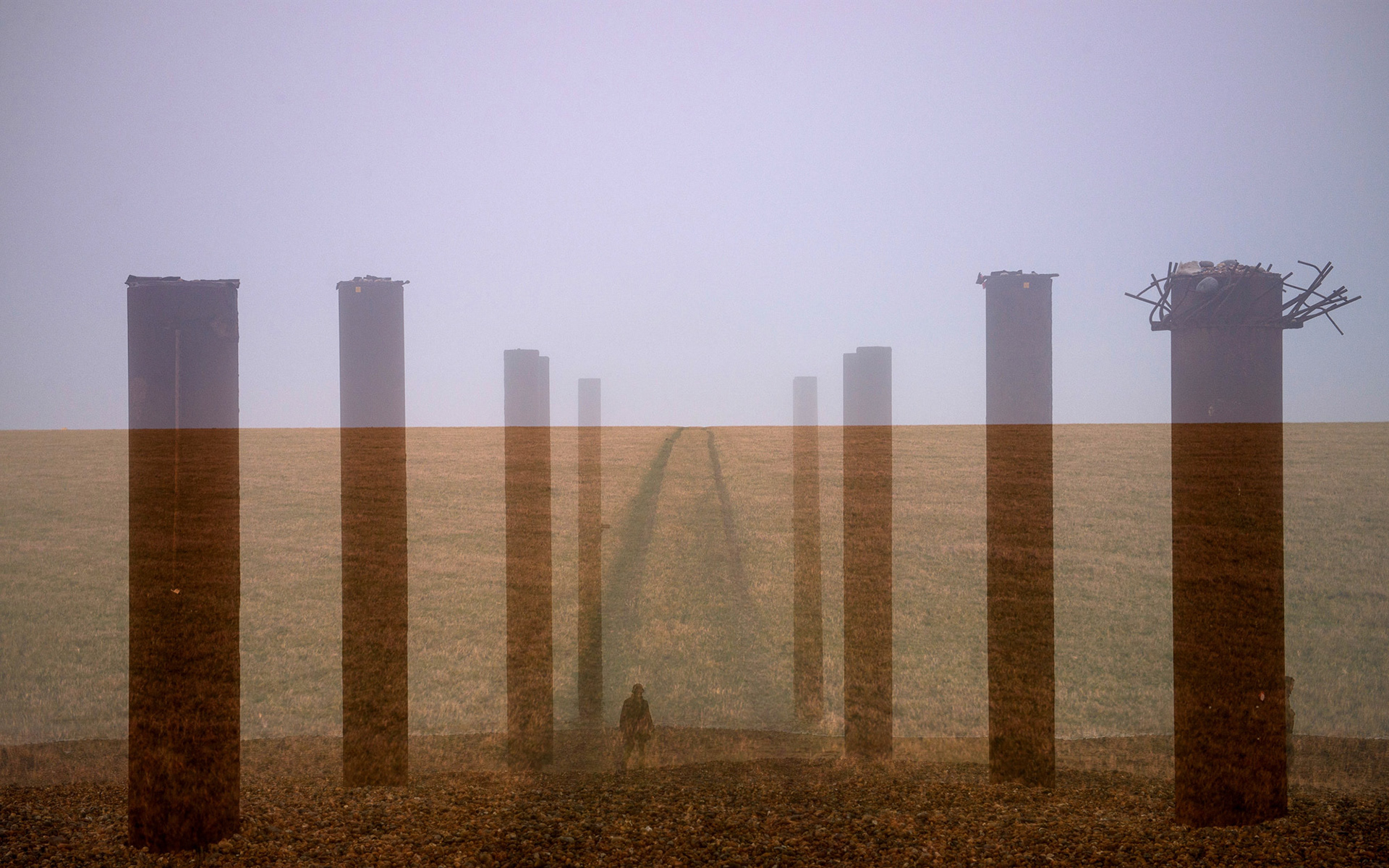 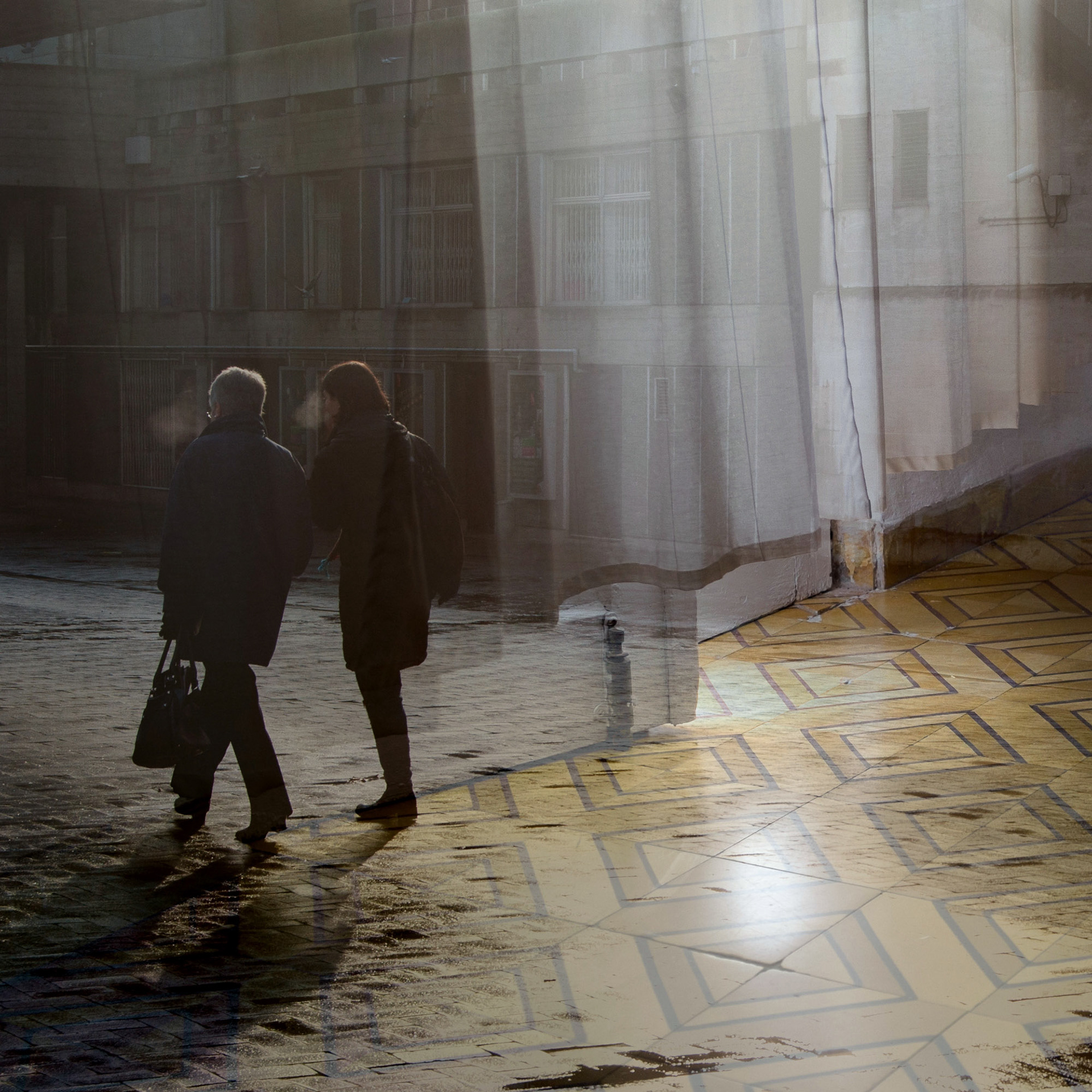 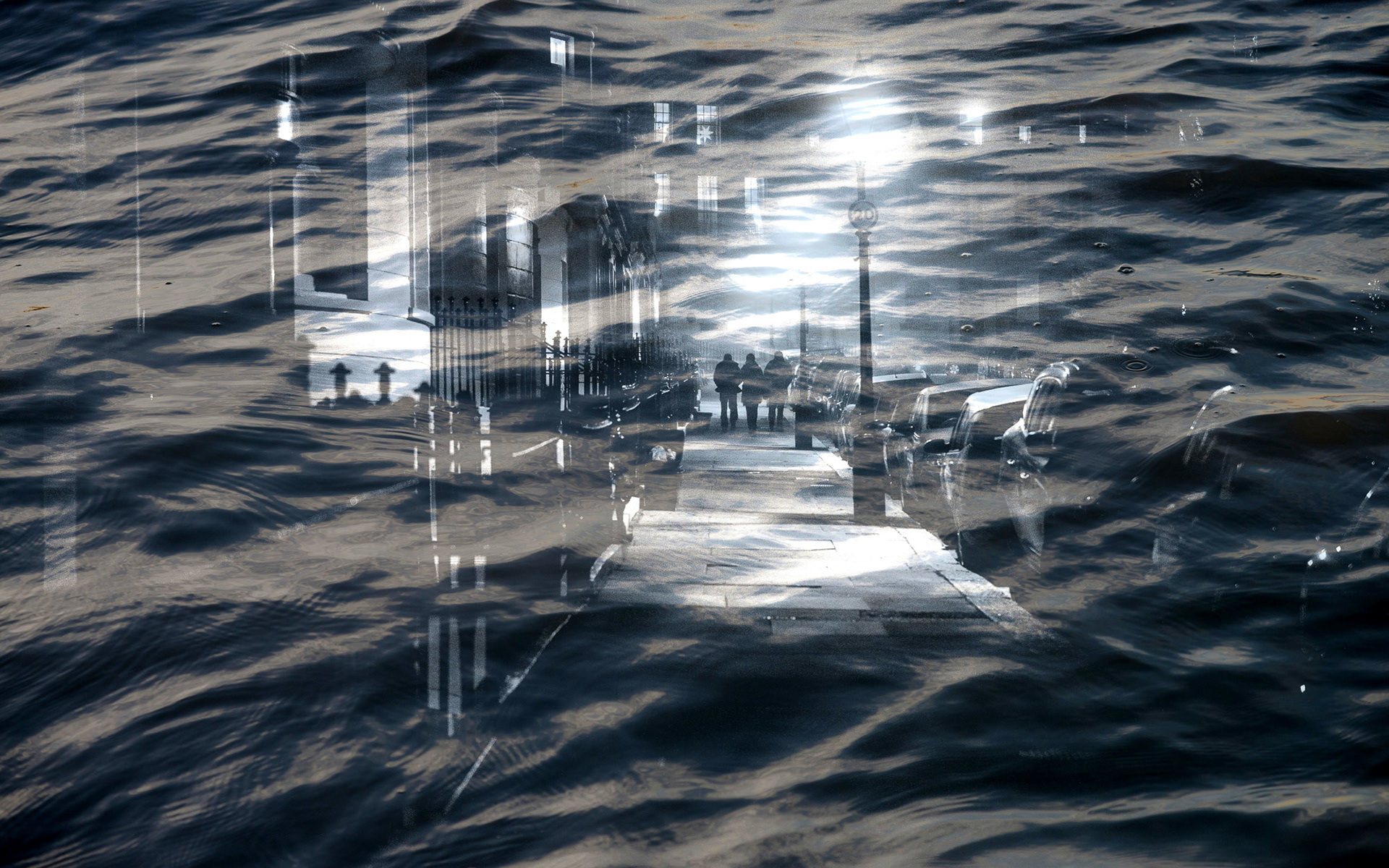 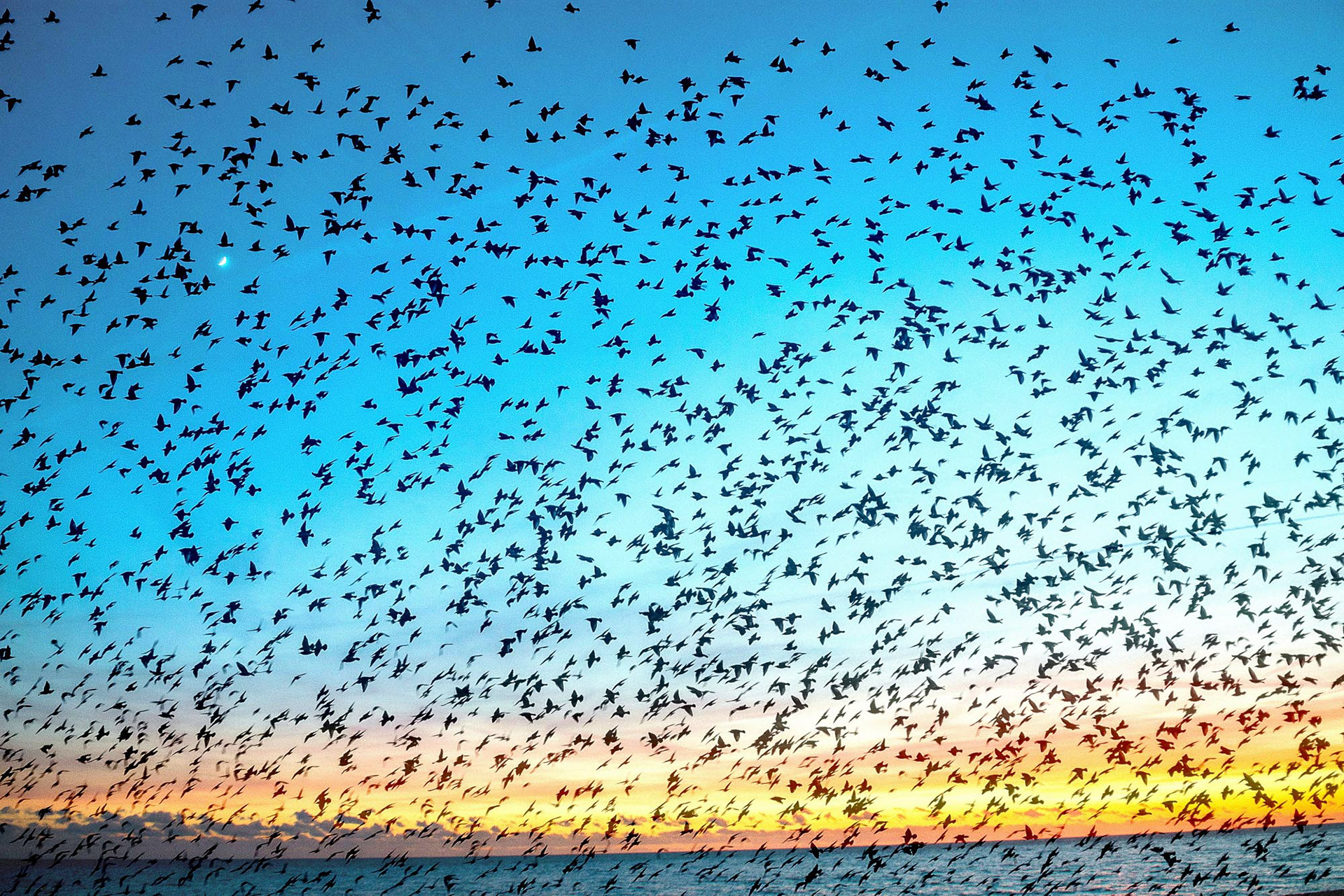 'Disquiet'. The image was taken in Portugal in the summer of 2019, while I was exploring the back streets of Belém, one of the Lisbon's prettiest neighbourhoods. The encounters of shadows and light, the charming architecture, the vivid colours, they all contributed to a kind of daydream experience. Fernando Pessoa once said, "Literature is the most agreable way of ignoring life". Combining everyday images is my way of inventing beauty yet nevertheless ignoring life too.

'Bather'. A cold winter morning, walking with my camera along Hove beach. In those early hours of the day, the sunshine warms and illuminates the blue sea. On this day a group of sea swimmers arrived. I watched their friendship and elegance from distance, approached and hoped that they would let me to take some photographs. They immediatly said yes and suddenly, they were already in the sea. After a few minutes, one at a time, they began to return. The water must have been extremely cold. Such an inspiring group of people. The girl in the photo was the last to enter the sea and the last one to leave. She spent some time alone, as if she was reflecting over something important or maybe she was just contemplating the emptiness, letting herself be carried away by the beauty that the immensity of the sea can give us. The hut is a separate photo, common along this part of the seafront. It adds an imaginary world into the girls’ dreams and thoughts.

'Sea and Sky #3'. The immensity of the sea has always enchanted and captivated me. An afternoon walk along the coast near my home, the sky presented me a superb, rich pink. That’s all I can remember from that day. The colours that day in the sky could have turned the busiest, most talkative mind into a meditative one. I stared at it for a long time, and was fortunate to end up home with it captured in my camera. The overlapping water helps to keep the memory alive, a small space of time as the cold afternoon turns into an evening at 4pm in the depths of midwinter. Taken during the winter in Hove, England 2017.

'Sea and Sky #1'.The peace provided by the sea in this spot attracts locals all throughout the year. Like all seas around the world it is a great and eternal source of energy. It was a cold February afternoon, but the waves were calm and the breeze was bringing a bit of tranquility to the beach. Blue is my favorite color and on this occasion it was even more attractive: blue of the sea and blue of the sky, and in between a yellow sunset. In Brazil, we call the Goddess of the sea ‘lemanja’, herself famous for her blue hues. This was my offering to her. Taken during the winter in Hove, England 2017.

'Swimmers'. The advantage of the sunrise in the winter in England is its colours. After a strong cup of coffee I was on the beach at 6.30am witnessing the meeting of the end of the night and the beginning of the day. The sun was filling the sky with an intense yellow, when I noticed two young men emerging from the water. They were as red as watermelon but their smiles were bigger than Brighton’s pier in the background and their eyes gleamed brighter than the sun in the big yellow sky. Overlaid with an image of waves. Brighton, England 2017.

'South Downs'. Men walking into the fog in Brighton near the West Pier and an image of a place where I got lost on the South Downs just before the sunset in a cold day of January. England 2017. It was getting dark and we were in the middle of nowhere, between some private farms, animals, fences, trails and a vastness on all sides. It was one of the most beautiful places in England and I could not see or feel anything other than my frozen hand holding my frozen camera, on that cold, wet January. A little before the dusk, we came across this cinematographic path. The photo is a memory from that long and beautiful day in the South Downs. The other photo shows the old pillars in Brighton beach. The fog took over the air on that day, covering the old pier and together, with their simplicity, both photos created this new landscape, full of hope and ideas.

'Blue window'. It was an exciting summer in London. I climbed one of the big hills on Hampstead Heath, up to one of the most panoramic views over the city and its buildings. The sun went down slowly moving through the hours, until it finally disappeared about 10pm. I caught the couple far away with my lens. They were enjoying the evening, living the moment in its total fullness. The connection that they had, which can be seen from their conversation is added to by the nuances of the sunset, the green of the park, the white of the houses and a little of the darkness of night. The overlapping photo is a window of a pub in the backstreets of Islington, North London. I like windows because in some poetic sense, they are like the eyes of the world, helping us to see through to the outside. Through this window, inside the pub, you can see a hand, which reminded me of the Hamsa, a symbol in both Judaism and Islam.

'Queen of the Sea I'. Taken during Yemanjá’s celebration in Trancoso, Bahia, Brazil. Two friends overlaid with images of their offering of flowers in the sea. 2018.